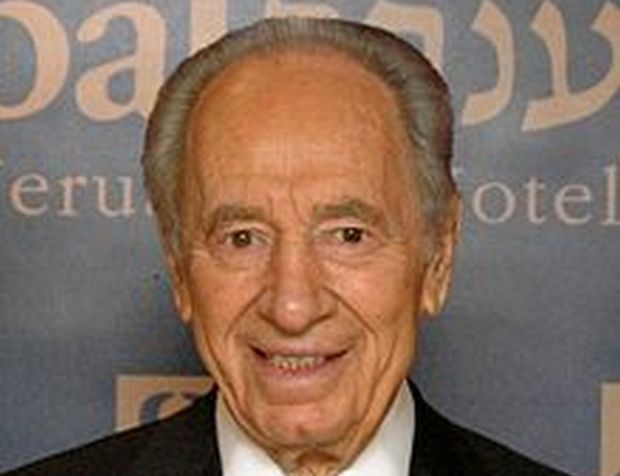 Oh look, I’m dead now. That’s a relief. Yes, it’s sad and disappointing, but the time comes for everyone, and I’ve had more time than most. Media attention has already turned to pretentious discussion of my legacy and my vision, which is to be expected, I suppose. Let me tell you one thing, however: nowhere in my vision for the Middle East and for Israel’s future among the nations will you find a single mention of the horrific traffic jams that my funeral will cause in and around Jerusalem.

Nevertheless, I can all but guarantee that the only thing to come of all these invocations of my so-called legacy will be a massive automotive snafu that shuts down Israel’s capital city for most of Friday. You know, the day that leads into the weekend, when people might want to get somewhere. This is NOT the New Middle East I spent the last several decades of my life pursuing. But it sure as heck will be the only thing to come of all that hot air.

It is certainly flattering that Pope Francis, Presidents Obama, Hollande, and Clinton, as well as Prince Charles, will be on hand to salute my life’s work, or at least my life’s work as they choose to interpret it and insist my country now follow. But then, all those people are probably used to having traffic stand still all around them, and have people’s commutes disrupted, and they give the tremendous inconvenience barely a thought. I never operated that way, and Jerusalem will be hard-pressed to handle even the once-off traffic nightmare they insist on exacerbating. All in the name of my so-called legacy.

Let me tell you about a legacy: it’s an old Subaru Legacy that can’t get do its job of picking up kids from school because the streets are blocked. I didn’t ask for this. Why are you all doing it? You think I feel honored by being a source of misery? Believe me, if I wanted to cause misery I’d have done so by displaying national political weakness and inviting terrorism. Traffic is really not my thing.

If it were up to me, and not some silly Knesset committee, I’d have just asked foreign dignitaries to send flowers, or a check to one of my favorite charities. Who needs all this hassle? I’m not even around anymore to receive the honor. All this traffic and trouble for Jerusalem residents so that some international politicians can preen for the cameras?

Please. What do you think the Nobel Peace Prize ceremony was for?