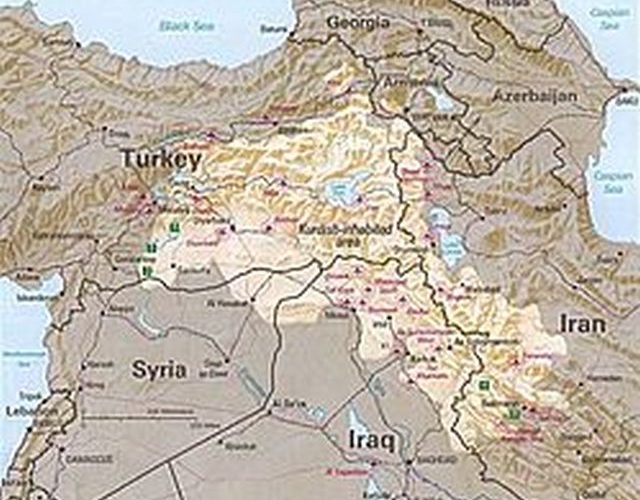 A recent Pew poll found that 67% of Kurds agreed with the statement that “being whiny and nagging about Jews will get you recognition faster than historical, moral, or ethnic reasons.”

The Kurdistan Regional Government, along with the main Kurdish political factions in Syria, Turkey, and Iran are mulling a rebranding attempt in order to get the world to recognize their plight and their goal of self-determination, and they intend to gain that attention by piggybacking on the public relations achievements of the Palestinian national movement.

“Since Palestine is a very hip name right now, we think it will further enhance our chances of international recognition if we call ourselves Palestinians,” said Massoud Barzani, president of the Kurdistan Regional Government. “After Sweden and the UK recognized Palestine, but not Kurdistan, we’re mulling a rebranding to get the international community to recognize us, at least by default,” he added.

A recent Pew poll found that 67% of Kurds agreed with the statement that “being whiny and nagging about Jews will get you recognition faster than historical, moral, or ethnic reasons.” The committee has yet to decide on the exact wording of their new ethnos and polities, but it appears that they will be using a “P” instead of “B” or “F” in their version of the country’s name.

Palestinian reactions have been surprisingly tolerant. “As it is, we’re an invented people, so it’s no big deal to have others use the name as well,” offered Palestinian President Mahmoud Abbas. “And it can benefit both peoples – now we can pad our population statistics with the millions of Kurds, and UN agencies such as UNRWA can claim to be serving that many more Palestinians, so they can raise more money, and add it to PLO- I mean Palestinian Authority coffers. It’s win-win.”

The move’s odds of success improved of late amid a falling-out between the Palestinian leadership and Turkey, which opposes Kurdish self-determination. Moreover, say analysts, an alliance of sorts between the would-be Palestinians of Kurdistan and the “original” Palestinians might help Abbas counter a growing Israeli-Kurdish closeness and offset warming Israeli-Turkish ties.

“It’s obviously pretty complicated, but I think you can see where the trend is going,” observed commentator Amir Taheri. “There’s the thorny question of Syria to deal with, also. Assad wouldn’t want to grant autonomy to the Kurds nominally under Syrian rule, but those parts of Syria are now under Islamic State rule, so that’s academic for the time being. Abbas has tried to avoid open confrontation with the Assad regime despite thousands of Palestinians killed, injured, and suffering privation and disease because of Assad regime forces and allies. But in truth none of that really matters, because for the Palestinians, it doesn’t matter what’s actually happening, but what the narrative is. I can see them creating a new narrative that had the Kurds end up where they are because they were expelled by Zionists or something.”

“You heard it here first.”