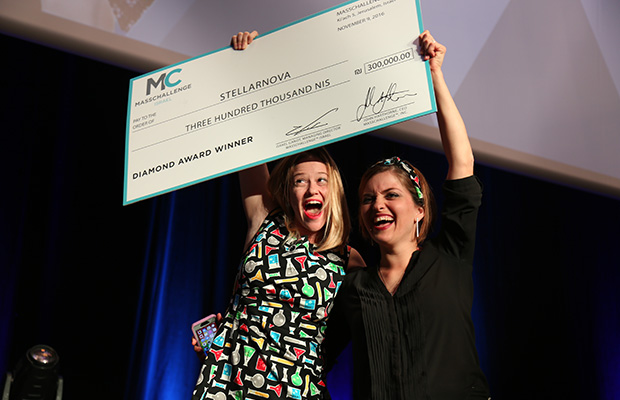 Eight years ago, I would take client meetings at the Shuk and people thought it was funny. For me it was a matter of convenience. The newly opened Café Aroma had free WIFI, electric plugs, ample seating and it was located literally a minute from my apartment. My friend Dan told me sarcastically that I was turning the fruit and vegetable market into a new tech hub. What a difference 8 years makes!

Where there was once only two Cafés, there are now at least 7 espresso-based establishments including the everything for 5? Cofix and Cofiz franchises – all opened in a wave of gentrification that has seen the opening of several high-end eateries and bars which have turned Mahane Yehuda into Jerusalem’s premiere entertainment hub. On top of that, the once abandoned Alliance Israelite school in the parking lot behind the market now houses an actual tech incubator – MassChallenge.

That’s right, Jerusalem’s shuk is home to this unique, Massachusetts-based tech incubator dedicated by its founders to promoting innovation for the betterment of the world. As such, MassChallenge doesn’t take equity in or payment from the startups it incubates. Instead it offers cash prizes to the most promising in its cohort. Last night in Jerusalem, in a packed auditorium at the Hebrew University, the winners of 300,000 shekels in funding each went to Eggxyt, a company that identifies male chicken embryos before incubation and saving them from being hatched and disposed of and saving producers the expense of incubation and sexing. The other winner is was Stellarnova, a company that uses toys and educational materials to inspire girls and women to explore careers in science.

It was great seeing my friend Margot and her business partner on stage with that giant Publisher’s Clearing House style check. Word is they are still running around Jerusalem looking for a giant ATM to deposit the check in… Mazal tov!

Gil wrote a more in depth article about the whole event. Click here to read it!