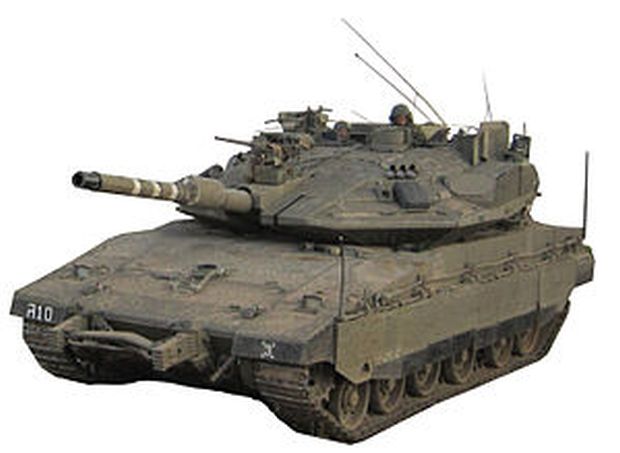 “If we end up spending hours, even days at a time in this thing? Goodbye romance, I can tell you that.”

Latrun, November 23 – Two IDF soldiers getting busy inside a Mark-II Merkava Main Battle Tank told reporters today they oppose the integration of women into tank crews, because having to man the same vehicle in which they’ve been doing the nasty would just be awkward.

The couple, who declined to provide their names, confessed that they rendezvous with some frequency inside whatever armored vehicles are sitting around, since other discreet spots for bumping uglies are hard to come by. If, however, the IDF were to approve changes to the composition of tank crews to allow for women to serve in them alongside men, the couple’s relationship would suffer, they contend, because of the emotional baggage associated with training, sleeping, and fighting in the same small, crowded space they had previously dedicated to engaging in gland-to-gland combat.

“I couldn’t handle it,” admitted the male half of the couple, who gave his age as 19. “Just the thought of the various bodily fluids that have been all over the surfaces of this tank is enough to make me want to transfer to a desk job.” Desk jobs, he explained, carry less cachet and draw less pay than combat positions.

“Oh, my goodness, no way,” blushed the woman, also 19. “There’s just no way. At least the way things are now, there’s a sort of thrill in the illicit location for our rendezvous. But if we end up spending hours, even days at a time in this thing? Goodbye romance, I can tell you that.”

Combat effectiveness played no role in the amorous couple’s position on the issue. “I don’t much care about that,” explained the woman, who until now has served as a shooting and weapons instructor. “I don’t think sexual tension is going to affect a loader’s ability, for example, to shove a heavy round into the breech when necessary. If you’re going to drive, just drive. I think that part of the discussion is rather overblown.”

Her partner in the Chesterfield rugby concurred. “When I’m focused on getting the job done, I just do it,” he said with a shrug. “It’s mostly the atmosphere, the unease hanging over the whole affair. It won’t stop me from holding my own when the time comes, though. I just prefer to avoid the problem.”

“Do you mind?” he asked a reporter. “We are trying to take the bald-headed gnome for a stroll in the misty forest here, and you’re getting in the way.”