Holy Land Completely Unaware It Supposed To Be Muslim 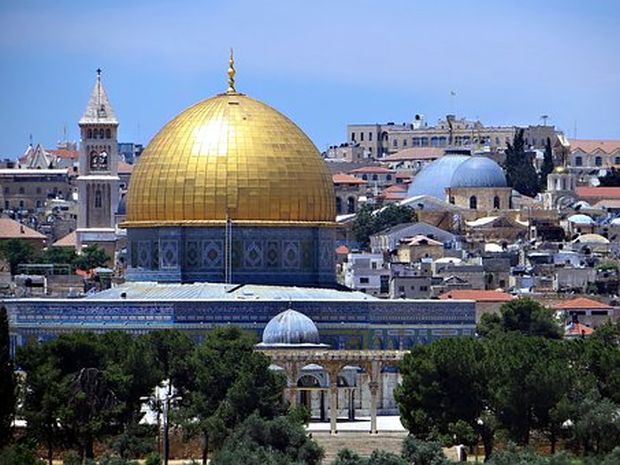 If the behavior of the land were any indication of its awareness, one might come to the erroneous conclusion that it favors non-Muslim rule.

Jerusalem, November 17 – The strip of land nestled between the Mediterranean Sea and the Jordan River apparently has no knowledge at all that it has the status of “Muslim,” local sources reported today.

Sources close to the Holy Land indicated this week that despite being conquered by Muslims in the seventh century CE and ruled, on and off, by various Muslim potentates until the twentieth century, the land shows no sign of awareness that it shifted from non-Muslim to Muslim at any point during the last 1,400 years.

The lack of awareness, say observers, remains all the more striking precisely because the Muslim status of the land has served as a central point of the conflicts taking place in and around it. “The notion that once land has been captured by Islamic armies, as the Holy Land was in the year 637, it forever retains the status of Muslim, appears to be alien to the Holy Land,” noted Ayama Nassol, a Turkish scholar. “So much blood has been spilled over this point, and not just in the Holy Land, that one might think the land would react somehow, and perhaps give some sign that might help resolve the issue.”

Others pointed out that if the behavior of the land were any indication of its awareness, one might come to the erroneous conclusion that it favors non-Muslim rule. “We don’t like to admit this, but that fact is the agricultural yields and quality have skyrocketed in the time that the Holy Land, or parts of it, have been under non-Islamic sovereignty,” explained a harried-looking professor of Palestinian history at Bir Zeit University who declined to give his name.

“The same goes for overall economic prosperity and the population the land can viably sustain,” he continued. “The historical record shows that the economic and agricultural conditions of the Holy Land began improving once Jews started coming here in large numbers in the nineteenth century. The influx and the economic growth it spurred attracted Muslims from around the region, and the population increased markedly. When the land was divided for nineteen years between 1948 and 1967, the section under Muslim Jordanian control languished, while the part under Jewish control flourished. If one is inclined toward such things, one might interpret that set of data as an endorsement of Jewish rule, which is obviously an absurd proposition. We must find a way to inform the land that it has never relinquished its Muslim nature.”

The professor noted, with some bitterness, the possibility that the land remained fully aware of its Muslim status, but resents the fact that Muslims themselves barely spare it a thought or attention unless some non-Muslim expresses designs on doing something there, and is showing its displeasure by being fruitful for, of all people, the Jews, for crying out loud.