Keith Ellison: Man Or Monster? — You Be The Judge 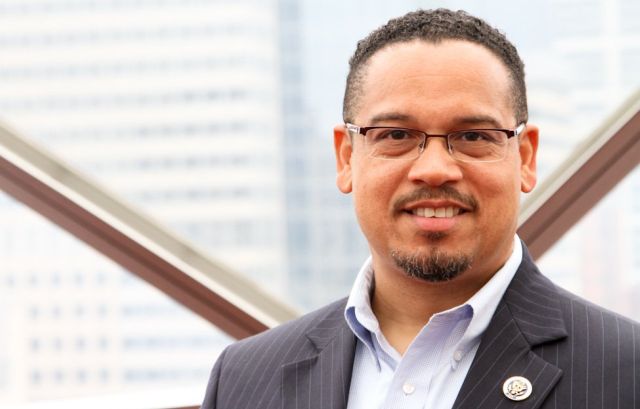 Representative Keith Ellison is currently the leading candidate to become the next chair of the Democratic National Committee. The man has also been labeled an ant-Israel anti-Semite by many, including the Anti Defamation League. But is this label fair?

Ellison’s detractors have pointed to his past relationship with the vehemently anti-Semitic Organization The Nation of Islam.

ADL head Jonathan Greenblatt released a statement last week denouncing Keith Ellison. In it Greenblatt cited Ellison’s past remarks against Israel and called on the Democratic Party to choose someone else to lead it who would continue in America’s bi-partisan support for Israel.

But Keith Ellison himself now says that he repudiates that organization. And the Minnesota Congressman has been a supporter of Senator Bernie Sanders, a Jew.

Ellison has also issued an open letter to the ADL in response to Greenblatt’s statement. In it, he reminds Israel’s supporters that he has voted in favor of more than $27 billion in aid to Israel, that he is a supporter of the country and that he was saddened by Greenblatt’s comments.

An open letter to the Anti-Defamation League. pic.twitter.com/bCDQ5Y8UPq

But as an editorial in The New York Daily News points out, Ellison is too far to the left of his party to be an effective spokesman and fundraiser for it and his support of Sanders is evidence of that. The paper also cited the reasons that the Congressman gave for not calling for direct talks between the American government and Hamas only because it would force him to defend that position every day. “I would spend a lot of time fighting off personal attack,” said Ellison.

And Ellison has also blamed Israel for hurting America’s position in the world once saying, “The United States foreign policy in the Middle East is governed by what is good or bad through a country of 7 million people.”

Israeli billionaire and Democratic donor Haim Saban slammed Ellison over the weekend saying at his own 13th annual Saban Forum, “he is clearly an anti-Semite, anti-Israel individual. Words matter and actions matter more. Keith Ellison would be a disaster for the relationship between the Jewish community and the Democratic Party.”

Conservative journal the National Review took somewhat of a sarcastic tone, calling on the Democratic Party to elect Keith Ellison since the move would clearly send a message that it is a radical left-wing party out of step with the mainstream American voter.

“Republicans should take a minute to simply enjoy all this before getting on to the serious business at hand,”said the Review. “If they cannot have Debbie Wasserman Schultz organizing opposition to them, former Farrakhan fanboy Keith Ellison of the Democratic-Farmer-Labor party is a great second choice.” 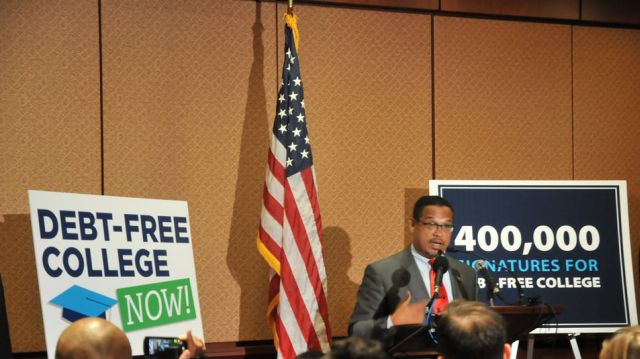 But Ellison does have his defenders. Writing in the Chicago Tribune, political columnist Clarence Page pointed to the fact that the Congressman severed his ties with Louis Farrakhan ten years ago and that his more radical statements came when Ellison was much younger. But even Page acknowledges that Ellison only changed his tune when he first ran for Congress out of political expediency.

“Ellison forcefully renounced his association with the Nation of Islam and its leader Farrakhan in 2006 after it became a issue during his first run for Congress,” wrote Page. “Local Republican bloggers had published his old law school columns and photos connecting him to the black separatist organization and even speaking favorably of racial separatism and slavery reparations.

“But that was a different, far more radical Keith Ellison, he says, than the one who was elected to the Minnesota House of Representatives in 2002.”

Howard Dean, the former DNC chair, had sought reelection to the post, but dropped out last week. As he withdrew his candidacy, Dean took a shot at Keith Ellisons’s, not for his anti-Israel positions, but because of his day job. Dean feels that whoever becomes the next DNC chair must make it a full time job and not also hold elected office.

Interestingly, both the ADL and Congressman Ellison have condemned the appointment of Steve Bannon to a senior position in the Trump White House. Bannon has been branded a racist and an anti-Semite by many because of his association with the alt-right movement.

The Congressman released a statement which read, in part, “Mr. Bannon has called the Pope a ‘commie.’ He has referred to the Civil War as the ‘war of Southern Independence.’ He referred to liberal, college educated women as ‘a bunch of dykes.’ And sworn testimony in a legal case alleged Mr. Bannon was a domestic abuser and that he stated he ‘didn’t want [his children] going to school with Jews.'”

“Mr. Bannon is adored by white supremacists, white nationalists, anti-Semites, neo-Nazis, and the KKK. It’s not hard to see why.”

So what should Jews and supporters of Israel make of Congressman Keith Ellison? The case against Steve Bannon could also be made against him. But as Clarence Page said, Ellison has changed and repudiated his past remarks while Bannon has made no effort to do so.

But is this enough? Probably not. Why take the chance that he has only said what he thought that people wanted to here out of political expediency?

If you are a Democrat then you should listen to what the National Review said. In this age where social media and false news stories impacted the results of the Presidential election it is probably best for the Democrats not to have such a polarizing figure in such a prominent leadership role. 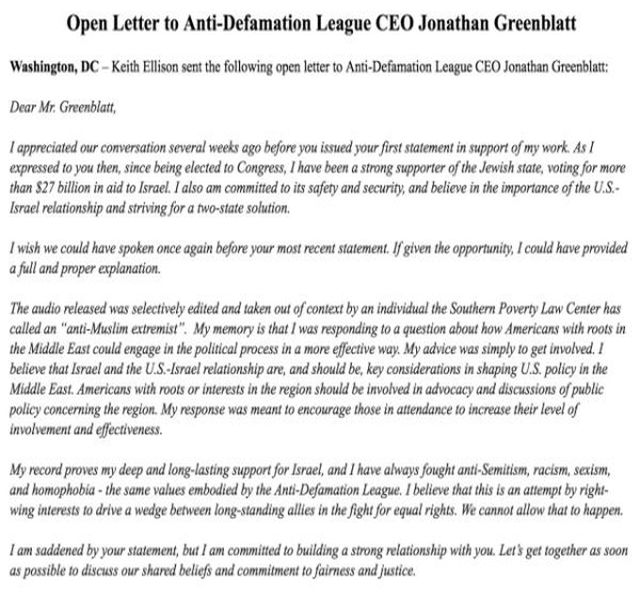