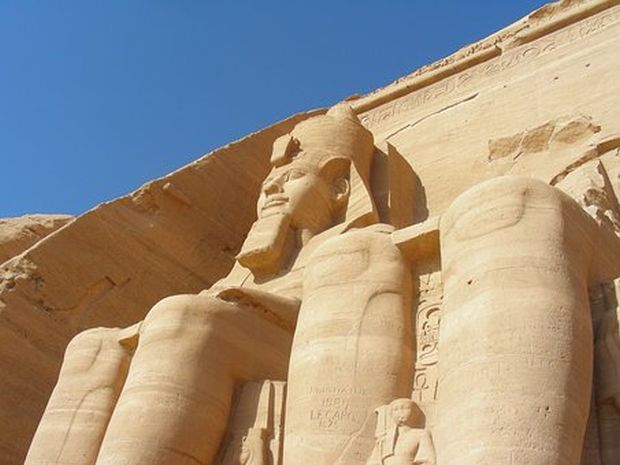 Egyptian nationalists and the alt-right voiced satisfaction with the royal decision.

Memphis, December 14 – The ruler of the Egyptian Empire today dismissed calls for his government to accept a definition of anti-Jewish rhetoric that includes some kinds of criticism of Israel, palace sources are reporting.

Pharaoh Thutmose II rejected pleas from Hebrew advocates to adopt the definition of antisemitism put forth by the International Holocaust Remembrance Alliance for purposes of addressing hate crimes in the kingdom. Pharaoh declined to specify the reasons for the rejection, but senior palace figures explained that the king prefers not to be constrained by such definitions in his capacity as Father of Egypt, the Morning and Evening Star, and Bringer of Prosperity.

Hebrew organizations reacted with disappointment. “We were confident His Highness would understand the need for the adoption of this definition, given the prevalence of antisemitic acts,” explained Eliasaf ben De’uel. “Unfortunately, Pharaoh gave greater weight to other political considerations, and we must find alternative ways of addressing rampant anti-Israel behavior in Egyptian society and government.”

Egyptian nationalists and the alt-right voiced satisfaction with the royal decision. “The proper role for any subject of this kingdom is acceptance of the greater good,” argued Beerontep, a leader of the far-right organization Ankh Ankh Ankh. “Agitating for special treatment of some slave minority with no real significance risks upsetting the social balance that this kingdom needs to thrive. We can’t have the dust-people being treated above their proper station, or soon everyone will get uppity and demand some kind of protection or privilege. Just shut up and do what’s good for us if you know what’s good for you.”

Beerontep added that accepting one’s place in society is essential to stability. “I would go so far as to say that if Pharaoh were to decide that Hebrew babies should be baked into bricks and used in the construction of the storehouse cities Pithom and Rameses, those Israelites should cooperate. This civilization has had enough ups and downs to realize you can’t go asserting some special status as if your children should be exempt from royal decrees aimed at maintaining the kingdom’s safety and security. Especially if the segment of society in question has questionable loyalties to Egypt. We know all about the foreign origins and sympathies of those Hebrews, and how they enrich themselves at the expense of real Egyptians.”

Royal enforcers followed up the royal refusal to adopt the antisemitism definition by increasing the quota of bricks the Israelites are expected to produce, and announced that straw for brick production would no longer be provided.