Why Is Peter Beinart Such a Self Important Idiot? 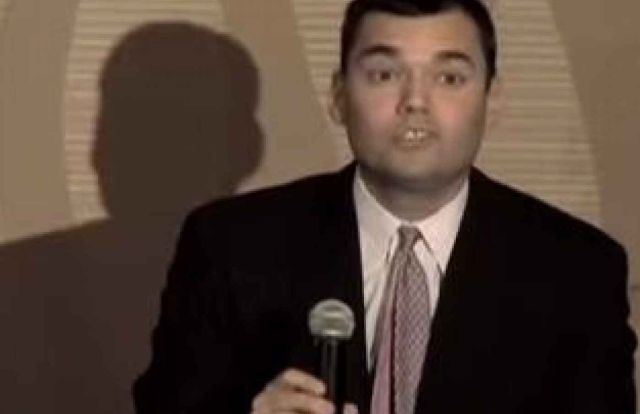 Have you heard the latest Peter Beinart nonsense? Now he wants to blame Orthodox Judaism for the sins of Jared Kushner.

Last week Peter Beinart published an extended piece in the left wing Jewish publication The Forward titled, “How Could Modern Orthodox Judaism Produce Jared Kushner?” First, it should be remembered that The Forward was once a Yiddish language socialist newspaper. But ever since it switched to English, the paper has been trying to reinvent itself as the voice of liberal Jewish America. If it really is representative of all liberal American Jews, then it is no wonder that Donald Trump got elected President of the United States.

The very title of Peter Beinart’s article betrays its inherent bias against the Orthodox Jewish community.

So what if political figures like Jared Kushner and Jack Abramoff are Orthodox? Ivan Boesky is a Conservative Jew. The Rosenbergs were secular atheists. And so are Woody Allen and Noam Chomsky. Conservative writer Robert Novak actually converted to Roman Catholicism.

Would Peter Beinart approve of someone generalizing and writing that Ivan Boesky was the product of the failure of Conservative Judaism, or that the others are proof of the failure of secular Judaism? Of course not. But he for some reason asks the question of the Modern Orthodox community when it comes to Jared Kushner.

This is in no way meant to be a defense of Donald Trump or his policies. Nor is it an attempt to defend Jared Kushner. But this is a critique of a self proclaimed know it all, Peter Beinart, who had the chutzpah to use the current political strife in America to criticize the Modern Orthodox Jewish community, for which he clearly already feels disdain.

So what did Peter Beinart do? First, he actually tried to make some sort of connection between Jared Kushner’s politics and the Modern Jewish community as a whole with the ancient Israelites’ experience as slaves in Egypt.

The experience of slavery in Egypt, explains Beinart, was intended to ensure that Jews would “remember powerlessness once they gained power. Jared Kushner is what happens when that memory fails.”  Well thank you for that pearl of Tora Rabbi Beinart.

“The challenge for Jared Kushner,” wrote Peter Beinart, “and everyone in our extraordinarily privileged generation, is to remember our ancestors’ suffering and honor their memories by defending the weak, vulnerable and oppressed today.”

This was written in direct response to President Trump’s issuing of an executive order banning immigration to the U.S. from seven Muslim nations. The order even affected those people who already held Green Cards. Apparently someone forgot to tell Peter Beinart about how it was widely reported that the order was signed just before sundown on a Friday when Jared Kushner had already gone home to prepare for Shabbat. Many have speculated that Steve Bannon rushed to get Donald trump to approve it at a time when he knew that Kushner would not be around.

Kushner appears unable to control his father-in-law—and is “furious” that his efforts are being undermined https://t.co/gTWQZeRGvk

“How could Kushner — a Modern Orthodox golden boy — fail to internalize that? How could he invite Donald Trump’s Cabinet to his house for Shabbat dinner only hours after his father-in-law’s executive order banning refugees from entering the United States?” Well let me answer that for you Peter Beinart: The invitations obviously went out before the order was signed. Was he to cancel their invitations to dinner? And by hosting members of Donald Trump’s cabinet for Shabbat dinner Jared Kushner was trying to fulfill the role of moderating influence in the White House as people hoped he would.

If Peter Beinart is really this clueless then how can he expect anyone to care what he thinks in the first place? And why do publications like The Forward give him a platform?

Peter Beinart added this gem: “How could he pose in a tuxedo alongside his wife, Ivanka Trump, on Saturday night as that executive order wreaked havoc on innocent people’s lives simply because they hailed from the wrong countries?”

Well you got us there Peter. You are right. The White House, nay all of Washington, should just shut down because of all of the suffering in the world. How could there be any official celebrations or parties or formal dinners at the White House while there is starvation, floods, earthquakes and terrorism all over the world killing people on a daily basis?

“Kushner’s failure is not his problem alone;” added Peter Beinart,” “it should chill every Modern Orthodox educator, rabbi and parent in the United States. How could the Modern Orthodox community, a community that prides itself on instilling in its children Jewish knowledge and ideals, have failed so profoundly?”

Really? Even if Jared Kushner is as bad as Beinert makes him seem to be, are we really supposed to blame an entire community for one man’s sins? And why specifically the Modern Orthodox? Maybe we should blame the whole State of New Jersey where Kushner grew up. Or all of America for that matter. And on this issue, which Jewish group should we blame for spawning Peter Beinart?

“The Frisch School, the prestigious New Jersey yeshiva from which Kushner graduated, should conduct the kind of after-action report that the military conducts when its operations go awry,” wrote Peter Beinart. “Every synagogue where Kushner prayed regularly should ask itself whether it bears some of the blame for having failed to instill in him the obligations of Jewish memory. Even if it is too late to influence Kushner, Modern Orthodox leaders still can work to ensure that they do not produce more like him in the years to come.”

What? That last line was just plain disgusting. With it Peter Beinart sounds like the nazi trolls who post comments on Jewish websites like this one blaming the Jews for all of the world’s ills. After all, he is one of the people who blame the growing assimilation of the American Jewish community on Israel’s Orthodox establishment and not on any failures in the communities which raised them.

One wonders what the reaction would be should a prominent Jewish writer ask all Conservative and Reform Jewish communities to ask themselves whether they bare some of the blame for having failed with Ivan Boesky, Noam Chomsky David Berkowitz and self important Israel bashing, Orthodox slamming schmucks like Peter Beinart himself.