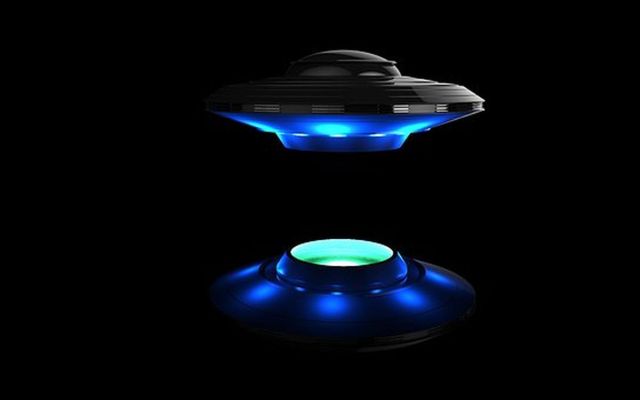 “Talk about an unhealthy obsession.”

Boise, Idaho, February 1 – Groups of devotees to the notion of extraterrestrial visitors secretly visiting Earth, and whose presence has been repeatedly concealed by the government for decades, despite no conclusive evidence that such creatures exist, have dismissed the idea of a Fatah-Hamas rapprochement that leads to a Palestinian unity government far too preposterous to accept.

The activists and hobbyists, who take flimsy photographic or video evidence for alien UFOs at face value while dismissing all reasonable non-extraterrestrial for it, laughed at international and internal efforts to reconcile the feuding Palestinian factions and called those attempts delusional.

“Those poor souls, devoted to a pursuit with no credibility,” lamented Bob LaRouche, 44, who last year captured video of a flying object that later investigation showed to be a neighbor’s drone, claiming proof of extraterrestrial visitors. “Don’t they have a life or something? It must be a hollow existence, always trying to convince people of the impossible.”

“It’s like they never learn from experience, from disappointment, from failure,” echoed Charlotte May, 56. “You’d think that after all these years of coming up empty, it might dawn on someone that there’s nothing there. It’s pathetic, is what it is.”

Pity for the deluded devotees of Palestinian unity transcends the world of UFOlogists. Cryptozoologists – people who insist on the existence of legendary creatures such as Sasquatch, the Loch Ness Monster, the chupacabra, and the Yeti – as well as run-of-the-mill conspiracy theorists given to outlandish claims are shaking their heads at the apparent inability of Fatah-Hamas unity activists to put two and two together and get four.

“Palestinian unity? What are you, some kind of nut?” wondered Colleen Murphy, 60, who has spent the last thirty years trying to prove Elvids Presley is still alive and in hiding somewhere. “Talk about an unhealthy obsession.”

“I realize I’m not in the mainstream,” observed chemtrails activist Spencer Donner, 27. “You can attribute that to mind-control, of course, as I and my colleagues often do, but some ideas are so ludicrous that even the chemtrail-addled brain rejects them. Palestinian unity falls into that category. I mean, you have to be beyond stupid to think it could work at this point. That, or you’re an emotionally empty loser hoping in vain to find everlasting fame as the one person to prove all the so-called ‘experts’ wrong after all this time. It’s both tragic and mind-blowing.”

“Wait, am I describing the people pursuing Hamas-Fatah unity, or the Two-State Solution?” he wondered.