Women in Green Sovereignty Conference – Or Theater of the Absurd 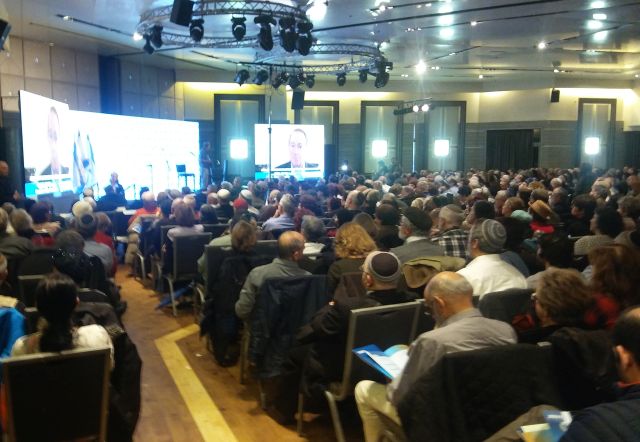 The right wing pro settlement movement Women in Green held its fourth Sovereignty Conference at the Crowne Plaza Hotel in central Jerusalem on Sunday night. The conference was intended to promote the agenda of annexation of the entire West Bank by Israel, but it seemed more like an event where people merely preached to the converted.

The Women in Green are officially known as Women for Israel’s Tomorrow. The organization was founded in Israel in 1993 by Ruth and Michael Matar and calls itself a “grassroots movement of women and men, young and old, secular and religious, all bound together by a shared love and concern for the Land of Israel.”

The Women in Green state that they are dedicated to safeguarding their God given Biblical homeland. “We act out of the belief in the central role of the Land of Israel to the future of the Jewish People ‘Eretz Yisrael Le’Am Yisrael,’ The Land of Israel belongs to the People of Israel is our motto.”

The name the Women in Green came from the green hats that its members used to wear in the nineties when campaigning against the Oslo Accords.

When such an event is held in one of the fancier hotels in Jerusalem – as opposed to a cheap social hall – you get certain expectations. You expect a more serious event with more prominent speakers. Unfortunately, this was not the case with the Women in Green conference.

The speakers included right wing politicians who serve in the current Israeli government as well as settler leaders.

The official Facebook page for the Women in Green event promised that Mike Huckabee, the Republican former governor of Arkansas and two time presidential candidate, would be one of the speakers. While it did not promise that he would do so in person, Governor Huckabee did not even provide any extended prerecorded remarks. He only appeared on tape to give a “blessing” which lasted for about 30 seconds.

There were also a lot of the usual suspects in attendance. These are the people who can be seen around downtown Jerusalem on a regular basis handing out anti-Arab propaganda and waving flags with Meir Kahane’s picture on them. They also wear T shirts which say “Kahane was right.”

These are the types of people who make you feel uncomfortable when you see them holding protests or handing out flyers in town or at the famed Jerusalem Mahane Yehuda outdoor market. 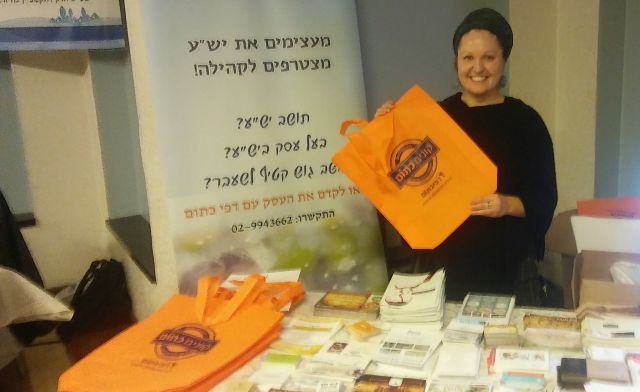 The area outside the main hall was filled with people representing groups with similar goals as the Women in Green which support various political agendas related to the settlement movement. One was a students’ group dedicated to promoting Jewish sovereignty over the Temple Mount. Another, which is run by a married couple, works to help promote all of the local businesses based in Jewish settlements from wineries to cleaners.

On a funny, or ironic note depending on how you look at it, books by Donald Trump and certain let’s say colorful individuals were on sale right next to Hebrew translations of Alexis de Tocqueville’s Democracy in America and the works of Milton Friedman.

It was hard to get people to open up and talk about what they believe, think and feel and why they came to the conference. Paranoid seems to be a good way to describe many of the attendees as they were afraid to have anyone publicize their identities or the fact that they were there.

They all seemed to believe that the Israeli government is out to get them and that undercover police were there to try and set them up for arrest. Of course they are just that important. And of course the Israeli police has no reason to be legitimately concerned that some of these people may be inclined to commit acts of violence against innocent Arabs.

One man who spoke on condition of anonymity (they all had that condition) did not see any problems were Israel to annex the West Bank and even allow all of the Palestinians there become Israeli citizens. When asked about how that would affect the demographics of Israel’s overall population and even lead to an Arab majority there, he was unfazed.

“That won’t be a problem,” he explained. “It’s like in the desert after we left Egypt. Over 40 years there our population grew by leaps and bounds so if we annex the West Bank the same thing will happen to the Jewish population here. God will make sure that we grow and the Arabs shrink.”

First of all, this man was mistaken. It was in the period in Egypt when the Talmud explains that the Israelite population grew significantly, not in the desert. But even so — what? So Israel should do this because it can depend on miracles and not even need to worry about any problems which might arise.

So how come this huge increase in the Israeli Jewish birth rate did not happen in the 50 years since the lands were captured by Israel in the Six Day War? Even with all of the immigration from the former Soviet Union, the Arab share of the total population of both Israel and the West Bank has increased considerably in that time.

But a reliance on God and miracles to make everything OK was a constant refrain at the conference. This is not surprising since most of the attendees were from Israel’s national religious community.

These are Zionist Orthodox Jews who mostly support the increase in West Bank settlements and the annexation of at least those settlements to Israel, if not all of the West Bank. They are distinguished from the Haredim — the ultra-orthodox – in that they do not wear black and the men wear nit kipot (skull caps) and the married women wear larger wraps of some sort as a head covering.

This was also the response when people were asked about Donald Trump. Not surprisingly, they generally fell into the Barack Obama and Hillary Clinton hate Israel While Donald Trump will come to its recuse category. So do they feel betrayed now that Trump has said that even he opposes the expansion of Israeli settlements and is not really planning on moving America’s embassy in Israel from Tel Aviv to Jerusalem?

“It doesn’t matter. We have to rely on God and not foreigners,” one woman said. One teenage boy from an American family said, “I never believed he would do it. But he’s already better than Obama was.”

When pressed to explain how exactly, he could not. But hey, he was just a kid.

As for relying on God, if this is what these people believe then why did they even have the conference at all? Why lobby politicians when you can just pray?

These are the same people who honestly believed, right up until the last minute, that the withdrawal from the Gaza Strip in 2005 would never happen. These are the people who think that if someone just implies that Israel should dismantle any settlements than he is an Israel hater or an anti-Semite.

So why did all of these people come to such an event just to hear people who agree with them tell them what they like to hear?

One woman, however, did acknowledge that the Women in Green conference was not likely to affect any change. She said that the event was more of an opportunity for the people gathered to meet likeminded people from across the country.

“I think that this offers all of these people a chance to just get together and express their views,” she said also wishing to remain anonymous, “and know that they are not alone and that there are a lot of people who feel the same way in Israel and abroad.”

So this was more like a Star Trek convention or Comic-Con for the attendees. Unfortunately, there did not seem to be any effort to get better organized and engage in more political activities. Those gathered just listened to likeminded people give speeches, reassure them that they are right and hear Christian preachers from America give them their support over the internet.

And it’s not as if Israel is such a big country like America. Coming to Jerusalem from Beer Sheva and Haifa is not like going to Washington from Montana or Florida. Most of these people live within a couple hour drive from one another and probably already knew one another. 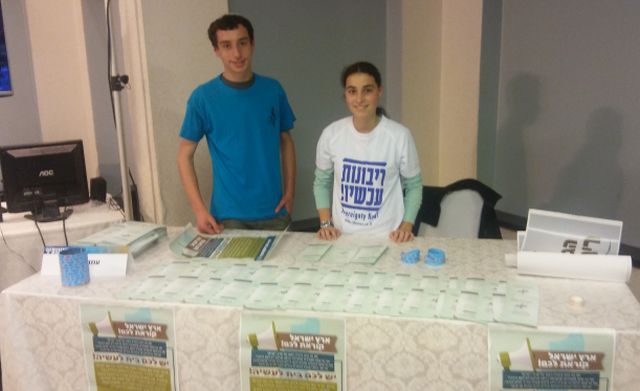 So what will come of this Women in Green conference? Well the whole world will now know that it has been wrong about Israel for the last 70 years and call on the Palestinians to all just move somewhere else just because a few hundred people who prefer to see the world as they want it to be rather than how it really is got together in a fancy hotel ball room.

OK, maybe not. But the next time that you read in the news about how Israel’s Prime Minister Benjamin Netanyahu is pandering to the Israeli right just to keep his coalition government alive you will know why. These are the people who make it so hard for Israeli leaders to ever compromise. To be fair, there are also such people on the left who give Labor led governments headaches too.