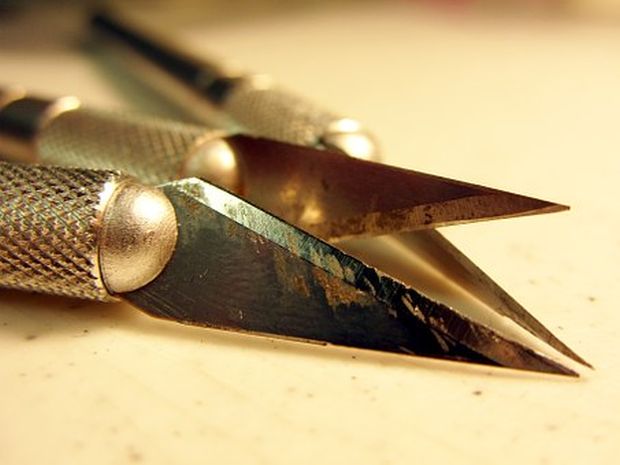 “We may have no choice but to take our protests to the next level, whether it involves stoning blasphemers and adulterers or having women subjected to honor killings.”

Washington, March 28 – In a bid to demonstrate that the president they accuse of misogyny does not control them, feminist activists announced today they will have portions of their genitalia cut off in a ritual associated with male domination of females, to show he does not control them.

Leaders of the women’s movement coalescing around opposition to Donald Trump vowed today to go beyond the symbolic donning of the hijab, a head covering for women that is mandated in Islamic societies, to show solidarity with Muslims in the US who face prejudice. The most prominent proponent of that prejudice, they charge, is President Trump, who sought to ban entry to the US from seven countries associated with terrorism that also have a large Muslim majority.

Activists asserted that Trump would only face stiffer and stiffer opposition if he continues down the path of sowing fear and repression. “Neither Trump nor his GOP cronies may control my body – as they might try to do by overturning existing abortion laws,” protested Linda Sarsour, an advocate for feminism and anti-feminist Islam. “To show that intolerant, woman-hating bigot who controls my body, I and my sister activists are going to have our clitorises removed, and some of us might even go far enough to have the entire labia excised,” in a ritual used by tribal cultures in the Middle East, Africa, and elsewhere to ensure male control over female sexuality.

“We have to fight manifestations of misogyny and Islamophobia wherever they occur,” concurred Medea Benjamin of Code Pink. “No one may stand by as Trump and his minions ride roughshod over the progressive values that define this culture. If this continues unabated, we may have no choice but to take our protests to the next level, whether it involves stoning blasphemers and adulterers or having women subjected to honor killings.”

Other leaders of the movement stopped short of advocating such extreme measures, at least right away. “I realize many feminists and progressives feel the situation has become desperate, but in fact there is a long way to go, and drastic, even violent, action is exactly what Trump wants,” warned Rasmea Odeh, a convicted Palestinian terrorist. “That will allow him to paint his opponents as extremist. We need to apply a more moderate increase in pressure, perhaps by encouraging Black Lives Matter activists to commit mass suicide to highlight the preciousness of African-American lives, or by bombing a Jewish institution.”