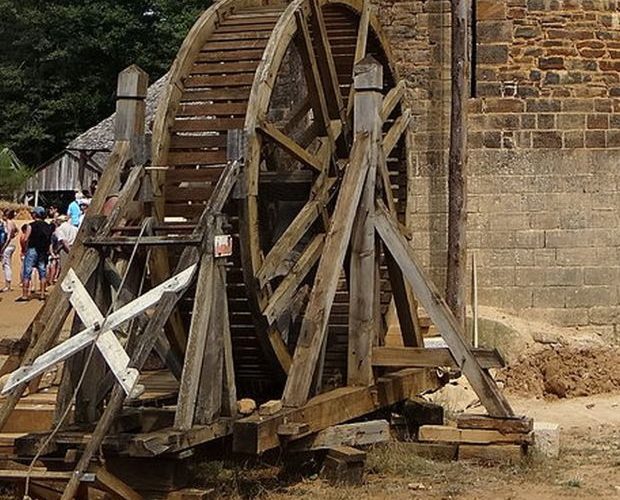 Fuel shortages for Gaza’s power plant, the result of Palestinian infighting, mean only two or three hours of electricity are available for the territory’s residents each day.

Gaza City, May 24 – The Islamist group that runs this coastal territory will address the area’s electricity shortage by reassigning children from terror-tunnel-digging duties to run on giant hamster wheels in order to generate power, a representative of the movement announced today.

Wanteen Fantissayid, a Hamas spokesman, told a gathering of organizational officials today that while political hay can be made of the lack of electricity in Gaza, either to blame the rival Fatah or Israel, the movement needs to be seen as taking steps to care for the territory’s populace if it wishes to maintain its authority. Therefore, he reported, secretive military commander Muhammad Deff and the political leadership of the movement had agreed that some of the children forced to work underground, digging tunnels that Hamas would use in fighting Israel, will instead begin running on human-sized hamster wheels to produce electricity via kinetic energy and thus decrease the shortfall in electricity that Gaza suffers. Fuel shortages for Gaza’s power plant, the result of Palestinian infighting, mean only two or three hours of electricity are available for the territory’s residents each day.

“We have already set up several prototype hamster wheels,” announced Fantissayid. “In the first phase of the operation, we will have twenty children at a time running on the wheels for ten minutes each, alternating with twenty other children.” But hundreds of children will be needed every day, he explained, since many will not have the stamina to keep at it for very long, and some will die.

“Of course we are used to our children dying, whether in the process of digging tunnels or when we hide behind them as we shoot at Israel,” he continued. “But from a personnel perspective it is important to know our requirements and anticipated turnover as a result of the inevitable fatalities.”

If successful, predicted Fantissayid, the program can be expanded, but not extensively. “Remember, our priority is not to actually provide for all the needs of Gaza, but to maintain a basis for grievances against our rivals and enemies,” he stressed. “There is no way this program can cover all of Gaza’s electricity needs – not because we could not force residents to run on enough hamster wheels, but because complete relief of the hardships associated with lack of electricity would deprive our movement and people of an important public relations weapon.”

Other sources within the movement noted that owing to air quality concerns, the hamster wheel proposal was chosen over an alternative initiative that would have burned Gazan children to power the cameras that film faked scenes of carnage to be blamed on Israel.