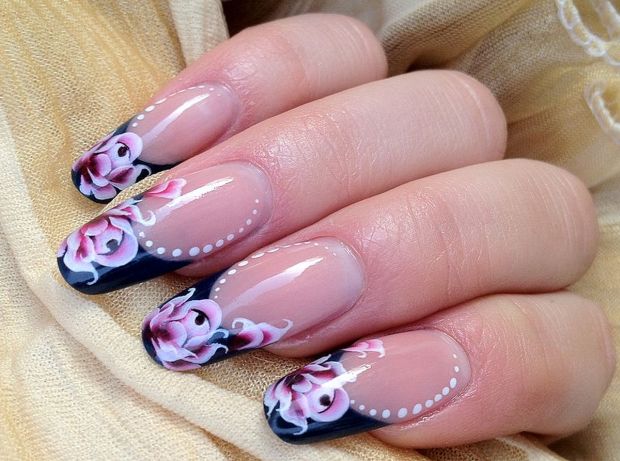 During the interview, alleged Rahamim, the supervisor of the unit kept looking at the candidate’s hands in a way that suggested something was amiss.

Jerusalem, July 26 – A candidate for a position as a clerk at a Meuhedet Sick Fund facility in the capital claimed today that her application was rejected because she did not have the required length and color of adhesive enhancements applied to her fingernails. No comment was available from the organization.

Malka Rahamim, 48, told reporters she intends to submit a discrimination suit against Meuhedet for its rejection of her candidacy after an interviewer told her she possessed all the necessary professional requirements. During the interview, alleged Rahamim, the supervisor of the unit kept looking at the candidate’s hands in a way that suggested something was amiss.

“I have twenty years’ experience in bureaucracy at the Ministry of the Interior and the National Insurance Institute,” insisted Rahamim. “I know how to handle people and documents, and to figure out which ones they have forgotten or neglected to bring with them so they can be sent back empty-handed. I’ve been doing it for decades. But I did notice that I was the only adult female in the room of employees without press-on nails.”

“Mind you, my nails are painted just the right loud color,” she continued, placing a hand on a reporter’s forearm. “But I don’t grow them extra long. I bleach my dark hair just the right shade of blonde, too, such that I believe I would be a great fit. I don’t have a Russian accent, so there’s obviously no need to expect me to wear high heels with these jeans, and I don’t think they even noticed anyway. They obviously, have discriminatory acceptance requirements, though.”

Rahamim recalled that she had demonstrated numerous skills that would make her an asset to the reception unit at Meuhedet. “I can pretend I’m doing something important between visitors for a remarkably long time just to avoid calling the next number,” she boasted. “My I’m-just-getting-coffee-I’ll-be-right-back-and-actually-taking-fifteen-minutes game is second to none. I was awarded obstructive clerk of the month no fewer than ten times over the last sixteen years. I can explain in the most condescending terms the most basic things to people as if they lack primary school education and a rudimentary vocabulary, when in fact several vital pieces of information have been withheld from them, and their lack of understanding is built into the system. I have what it takes in terms of skills and experience. Meuhedet, though, seems to be emphasizing appearance over experience, and that’s not acceptable.”