The Israel Convention of Animation and Manga 2017 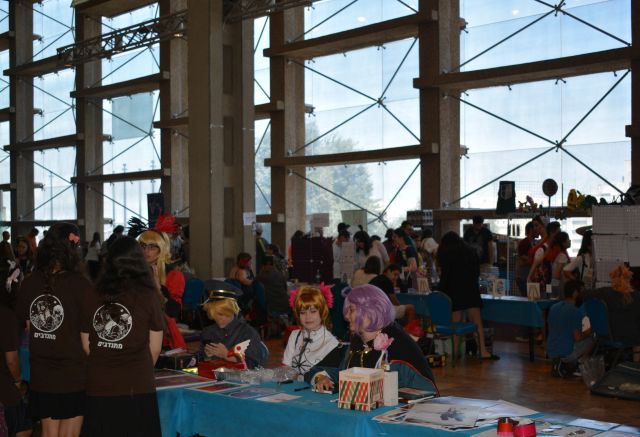 The Israel Convention of Animation and Manga 2017 was held at Israel’s National Convention Center in Jerusalem, Binyanei Ha’uma, on Thursday. It was a chance for people from all over Israel to come out and show their appreciation for Japanese animation and comics, as well as video games.

Yes Israelis do like to come out and dress up as their favorite Anime heroes from Ichigo Kurosaki to Killua Zoldyck. They like video games as much as anyone anywhere in the world. It’s so much easier for kids to get into these kinds of fantasy/role playing fiction and games in the Internet era. Some soldiers even came in uniform. 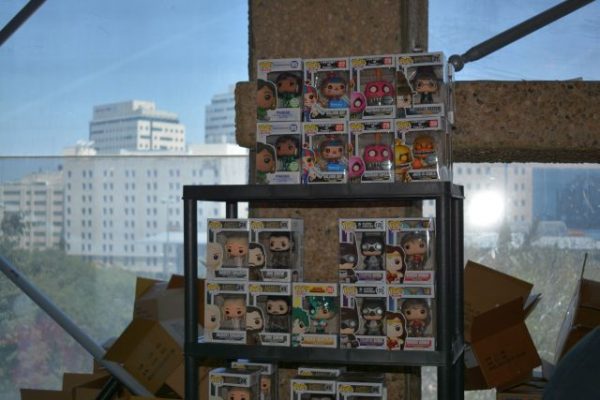 For the uninitiated, Anime is a Japanese style of animation and Manga is a Japanese video game series. For example, One Piece is an example of an Anime series (check out this great nami one piece figure!). You can watch examples of Anime films and TV series online here.

I mistakenly believed that it would be more like America’s Comic-Con convention; an event for all things related to comic books and science fiction. I went wearing my Doctor Who Tardis T shirt, alas the convention is more about Anime and role playing. There were plenty of attendees, however, who came out in super hero costumes. There were Batmans, Thors and even a few Harley Quins. 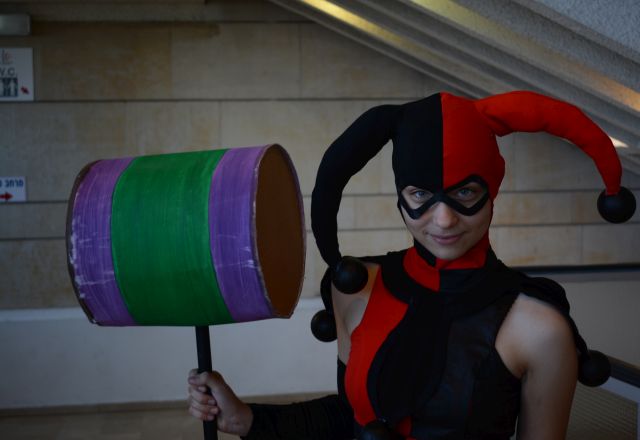 The staff was comprised of volunteers who gave their time because they are devoted to these genre and they also got to attend the event for free. Many of the volunteers were also in costume.

It was easy to get a bit confused at times. I asked one of the volunteers who was working the door at one of the lectures what he was dressed up as. The kid wore bright orange overalls and carried an oxygen tank and a sign. Well it turned out that this was not a costume, nor a kid for that matter. It was a man who apparently suffered from an illness which required him to carry around an oxygen tank. Oops!

The people who were happy to pose for pictures were not very talkative, unfortunately. The people who would speak with me did so anonymously. One woman in her mid-40s came with friends from Tel Aviv. She did not wear a costume like one of her friends did and said, “Costumes are for kids.” When I asked her if she felt that maybe the entire event was just for kids she said, “No not at all! This is for anyone who likes this kind of thing. OK so most people here are just children but that’s because it’s the middle of the day and kids are on their summer vacation.”

There were also Israeli Arabs in attendance. One man confessed to me that he would be a bit embarrassed if people knew that he had come to the convention. Bit because of political consideration, but because he didn’t want people to think that he was childish. 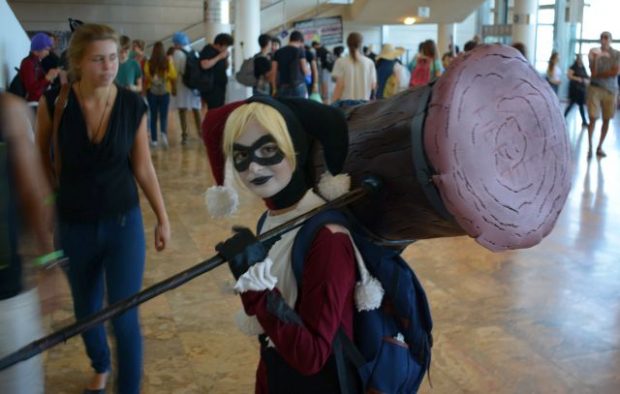 By my count most of the people there were either under 18 or no older than their early 20s. Little children were accompanied by their parents who also got into the spirit of the day and dressed up for it. A friend of mine brought her five year old son and came with some of her siblings. Older teens came in groups and did not need parental supervision.

I saw one 14 year old girl dressed up as the 11th Doctor Who as played by Matt Smith. She even wore a fez. I wondered how she knew about this since the show is not available on Israeli television with Hebrew subtitles, just on an international BBC channel with no subtitles. These seasons of Doctor Who only recently became available here with Hebrew on Netflix.

”It doesn’t matter because even if you just speak a little English you can understand the shows online and on BBC,” the girl told me in a deep Israeli accent. So why did she pick Matt Smith? “He’s the best. He’s the greatest Doctor.” Her friend disagreed and said that the best Doctor is David Tennant. I told them that they were both wrong and that it was actually Tom Baker, the longest serving Doctor Who. He played the part from 1974 – 1981. But these poor deprived Israeli kids have never even seen any of his shows. 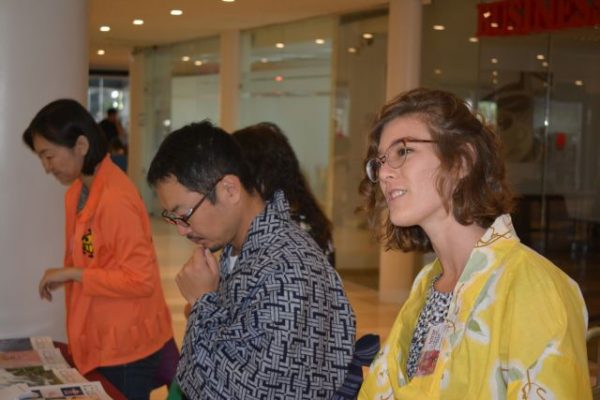 The Japanese Embassy was represented with a table right near the main entrance. Embassy staffers came out to promote travel to Japan. They even had information dispelling the myth that everything in their country is expensive. A list showed that things like cold drinks and cups of coffee cost lest there than in Israel. 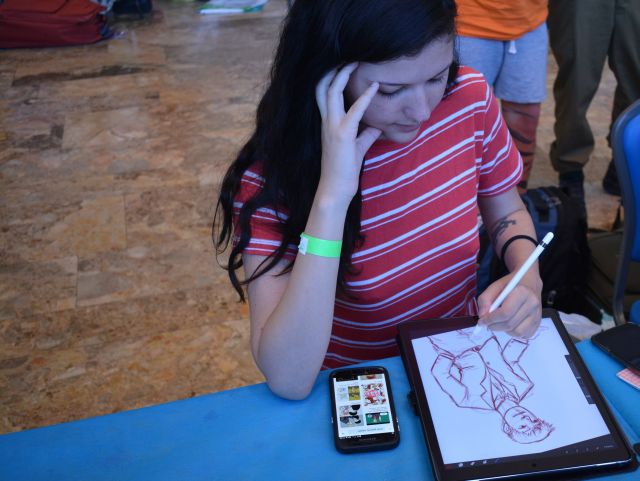 There were two different areas where attendees could shop for all manner of memorabilia. I saw various Star Wars editions of Monopoly, each based on a different one of the movies. There was also a Star Wars “Operation” where the player works on a droid instead of a person. And there were, of course, plenty of T shirts, cell phone accessories, dolls, toys and fan made jewelry for sale. 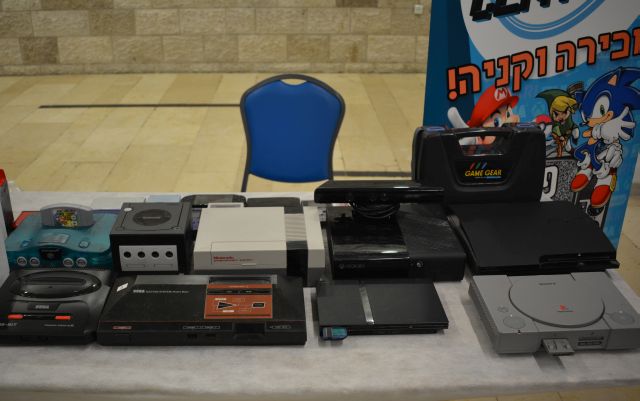 Do you like video games? Well there were people selling games for old consuls going back to the original Nintendo. There was even one original 30 year old Nintendo for sale and it only cost about $110. No Ataris, though. 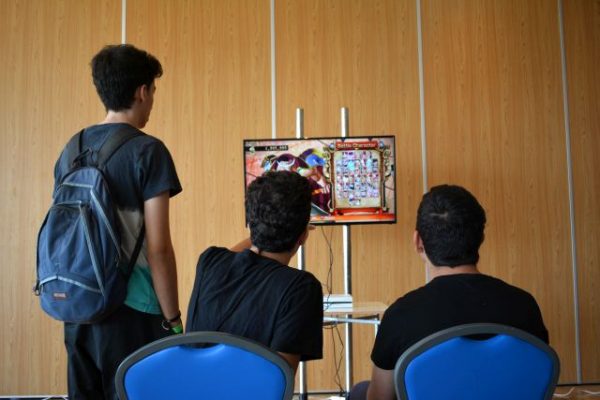 One hall was reserved for people who just wanted to play video games all day. There were also plenty of tables set up where people played various fantasy type board games. 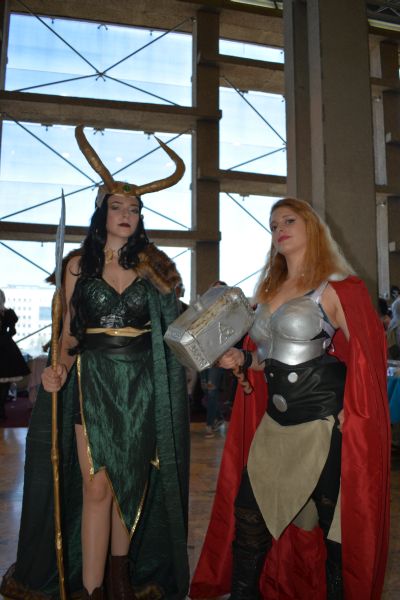 The day was filled with various lectures on the “how to” of Anime. One presentation was a demonstration of Japanese martial arts. Yet another was about Crossplay. Have you heard of cosplay? That’s where people come out to conventions such as this dressed up as their favorite comic book or sci-fi characters. Well Crossplay is the same thing, but it involves gender swapping. So men will dress up as Wonder Woman or Princess Leia and women as Captain Kirk or Thor. The lectures were held in what was until recently were movie theaters, but were closed after the new Cinema City opened up near by a few years ago.

Unfortunately for tourists and people who live in Israel but are not fluent in Hebrew, every presentation was given in Hebrew. There were no events in English. 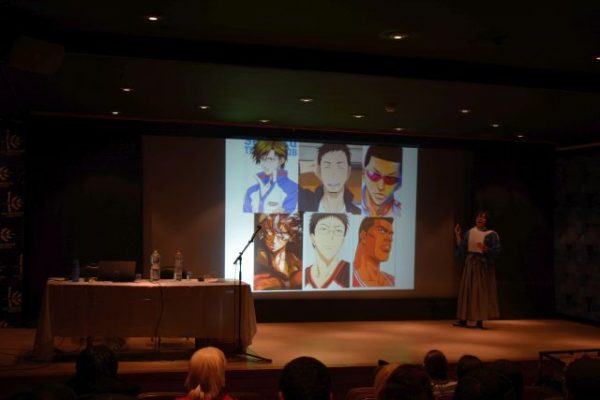 The Israel Convention of Animation and Manga got started ten years ago in a much smaller venue in Tel Aviv. There were well over one thousand participants this time. The event is held twice a year.

If anyone knows when the next Israeli version Comic-Con will be held (yes there is one) please let me know. 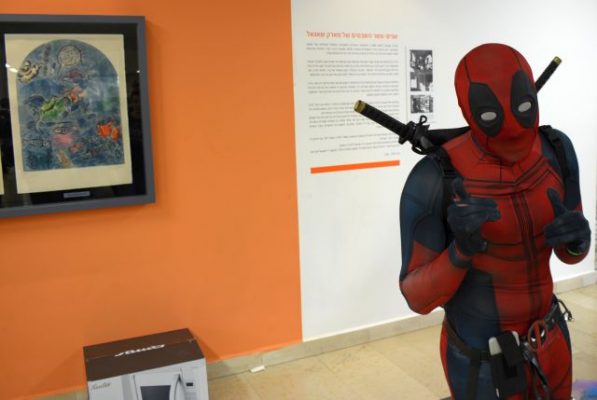