Local Man Ties Sense Of Identity, Worth, To Fortunes Of Strangers Kicking Ball Around Field 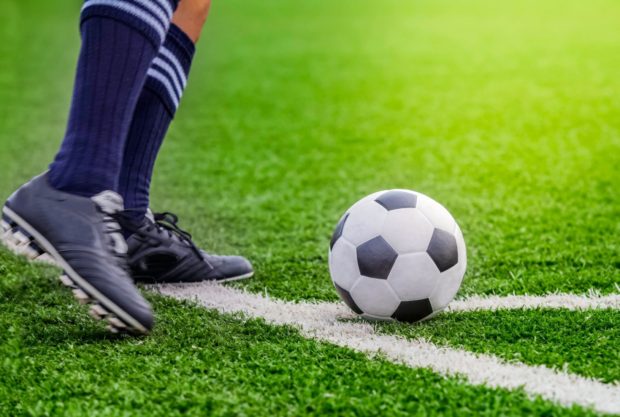 “It’s a harmless little obsession that only occasionally drives us to the brink of bankruptcy, causes us to miss family events, and damages his relationship with other people.”

Jerusalem, August 30 – Ohr Mizrahi, 40, has all but fused his sense of self-esteem, accomplishment, and self to the performance of a group of gaily-clad men he has never met running around on grass trying to kick a ball into another group’s net, associates of the man are reporting.

Mizrahi, a father of three from the city’s Kiryat Yovel neighborhood, has for years attended every home game of the Beitar Jerusalem football club, and many away games, and dons the colors of the team at every reasonable opportunity. Friends and family report that Mizrahi’s mood closely parallels the fortunes of Beitar each week, and that analysis of the team’s achievements, failures, prospects, and personnel issues far outstrips attention to his family and community in time, energy, and number of words spoken.

“He’s Beitar all the way, always has been,” recalled downstairs neighbor Rahamim Zakken, 50. “In all the twenty years he’s been in this building, Ohr has been a powerhouse of Beitar fanhood. It’s like his job, family, house, and other activities are all in support of his primary identity as a supporter of the team.”

“Oh, he’s loyal, all right,” agreed Sarah, Mizrahi’s wife. “It’s a harmless little obsession that only occasionally drives us to the brink of bankruptcy, causes us to miss family events, and damages his relationship with other people.” Sarah noted that the stability of that situation should continue for the foreseeable future, at least if her husband maintains distance from the rabid nationalism and anti-Arab thuggery associated with some of Beitar’s hardcore fans, a group known as La Familia.

Psychologists observed that Mizrahi’s surrender of his identity to an entity outside himself has precedent. “There is no shortage of documented cases in the literature of this sort of thing,” noted Dr. Ida Lotry of Hadassah Hospital – Hebrew University Medical Center. I’ve seen at least a doen cases, though admittedly, not all of them involve yellow-and-black uniforms, or even kicking a ball. Several such cases have the subject transferring his – it’s almost invariably a male – identity to the vagaries of the performance of men in pinstripes swinging a wooden club at a ball, running a pigskin up and down a field, throwing a ball through a hoop, hiyying a flat cylinder across a frozen surface into a net, or even driving very fast cars festooned with the logos of various corporations and products.”

“I guess the strangest ones are the ones from New York and New Jersey who identify with the green-and-white-uniformed men who fail to move the pigskin enough,” she added. “Almost as if they define themselves as failures from the start.”