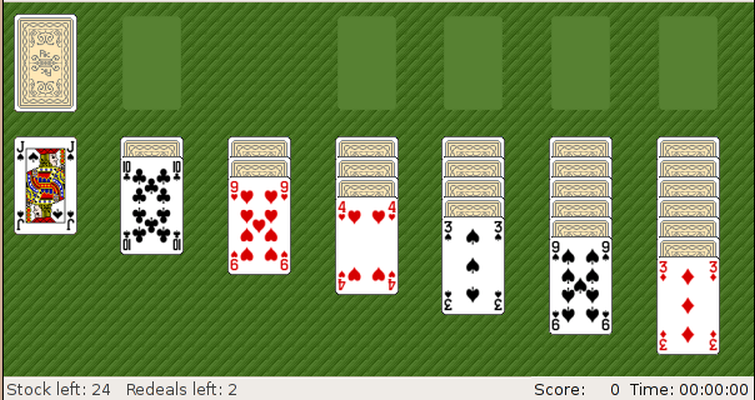 Agent One reminded his associates that your lapses of intelligence are not confined to the realm of online gaming.

Tel Aviv, August 23 – The Israeli intelligence operatives keeping track of your computer and mobile device activity are scratching their heads at your apparent tendency while playing games not to see moves that are all but staring you in the face, a source within the agency reported today.

A trio of agents stationed at the underground monitoring facility dedicated to tracking users of computers and other online devices have already noticed you miss three obvious moves in the series of solitaire games you have been playing on your smartphone for the last twelve minutes, and remain incredulous that you could fail to to see such glaring opportunities.

“Oh my God he did it again,” commented Agent One, gesturing for his colleagues to come back to the monitoring desk. “See that red nine? It’s been sitting there for six moves while this idiot ignores the black eight that would open up a whole new space to start a new sequence with that king and expose the cards beneath. That’s, what, like the thirteenth time this week?”

“Holy cow, AGAIN,” yelled Agent Two twenty minutes later. “It’s like this moron has gone blind – look, you see the king on top of the rightmost pile just waiting to move into that available space in the middle? What kind of incompetent boob is this clown?”

Agent Three recalled a moment earlier this week that topped today’s flashes of imbecility, however. “Remember Monday, when he was playing Words with Friends and had a seven-letter word on his rack, with a place for it across a triple word score, but he went with something pathetic that got him maybe thirteen points?” she recounted, to her coworkers’ nods and rueful laughs. “It’s not as if ‘radioed’ is some obscure word that nobody ever uses. It was right there. I was yelling at him from my workstation, ‘How could you be so stupid? How? If you’re really that idiotic, how do you even remember to breathe?’ It was epic.”

Agent One reminded his associates that your lapses of intelligence are not confined to the realm of online gaming. “Take a look at the way he consistently falls for urban legends on Facebook,” he remarked. “It’s not as if this numbskull completely lacks critical thinking – he’s pretty good at shooting down some poorly reasoned arguments now and then. But in certain realms, somehow that part of his brain shuts down. that’s why you see him flirting with the anti-vaccination movement, for example.”

“There – he did it again,” interrupted Agent Two. “He straight-up started over when he had like four different options to blow the game open. We ought to get a raise for being forced to watch this, you know?”

Enjoy more original content at PreOccupied Territory and Build PC. On Facebook at End The PreOccupation and Twitter at @POTerritory. Also, please support our work through Patreon or face accusations that you suppress freedom of expression.