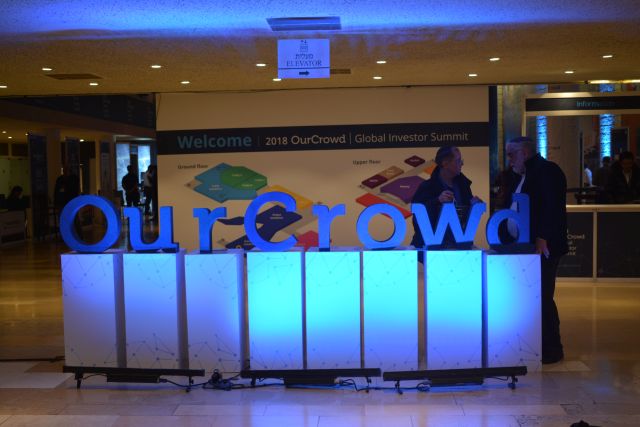 The OurCrowd Global Investor Summit was held last Thursday in Jerusalem. An estimated 10,000 people spent the day taking part in multiple events, networking, promoting their businesses and learning about high tech in Israel. Oh, and there was a lot of really good food and beer too.

Last year I wrote that the OurCrowd summit was growing so fast that by this year it would fill Yankee Stadium. Well it very well could have, or at least Madison Square Garden. That is if they wanted to hold it in the financial capital of the world. But OurCrowd is a purely Israeli concept which only exists in Israel and which brings thousands of potential investors and would be entrepreneurs from around the world to the capital of Israel each year. Jerusalem is not only the capital of Israel and the Jewish people, it is also a high tech hub in its own right. Imagine if Moses had written the Tora on an iPad.

As to be expected, there were plenty of Chinese business people in attendance, as well as Italian, Swiss, French, British… oh hell, let’s just say that the whole world except for maybe Iran was there. I even met one British man born in Somalia named Muhammed, a practicing Muslim. He had the same answer as everyone else when asked why the BDS movement or the general negative image of Israel shown by the media did not keep him away: So what? People don’t believe all of that stuff about Israel. 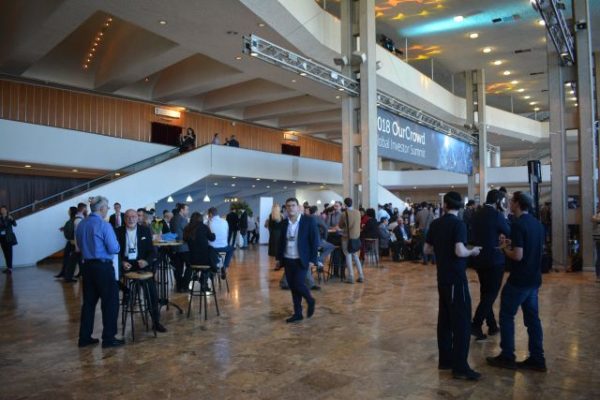 Of the 10,000 people there, OurCrowd’s founder Jon Medved said that about half already had a relationship with his fund, and that the other half soon would.

So what is OurCrowd anyway? Basically it’s a cross between a mutual fund and a venture capital firm. It allows small investors to put their money into new startups. But instead of just pooling their money with other people’s funds, investors can pick which company in which they wish to invest.

Even if many in attendance on Thursday do not eventually join the crowd at least a few “marriages” were made by businesses and money people who met there.

One of the many smaller panels held was a session was for people who want to learn how to make a pitch to the press. That is to say that one’s sales pitch when looking for investors and/or customers is not really the same as it should be to a journalist. Some of the smaller blogs which need to fill space and deal solely with new tech may be willing to tell your story regardless of what you do, but how many readers do they have? If you want the big boys like VentureBeat, Bloomberg, CNBC or the New York Times to write about your firm then you had better give them something juicy as your lead. 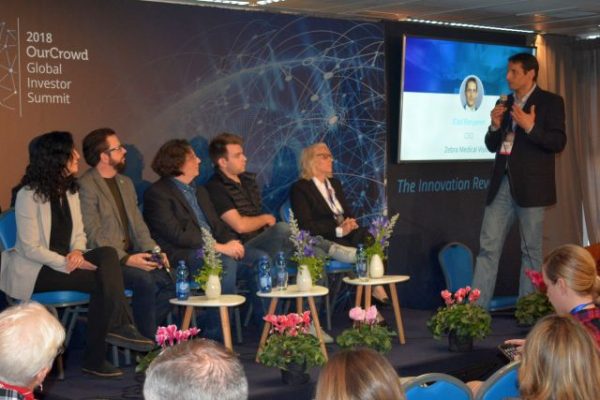 Indeed, the panel included writers from CNBC.com and VentureBeat. They asked me to participate as well, but, alas, I was forced to decline. As I explained to the organizers, I was there as a journalist covering the summit and so I could not also take part in its events. As much as OurCrowd’s media people like Lea Stern begged me to reconsider, I could not. I am nothing if not a man who stands on his principles and who holds to a very high code of conduct. Of course I would never use a story such as this to toot my own horn, or maybe I would. And if you believe the last few sentences in their entirety then I have a bridge which I would like to sell you in Brooklyn.

Anyway, Stewart Rogers of VentureBeat explained to the would be entrepreneurs looking for advice on how to approach the media that journalists like him all have a pile of press releases and insider’s information to get through each day. These come from the big players like Microsoft and Google, which attract readership, and of course hits. So he will not even look at your e mail unless it has an exciting subject. And if you add the word “today” anywhere in it then Stewart will just delete your e mail because by the time he gets around to reading it, it will already be old news. 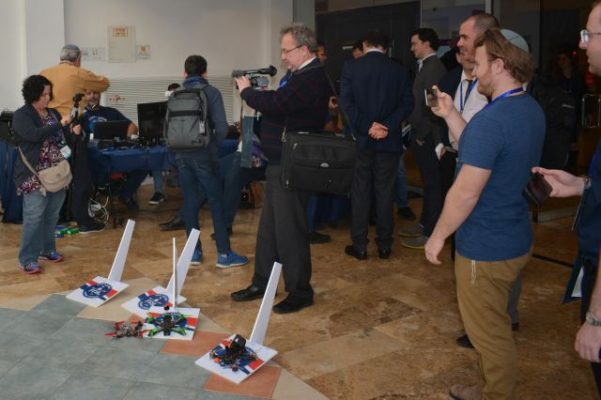 On the lighter side, there was also a demonstration of drones and new tech which pilots them. Unfortunately, they did not allow anyone to operate the drones, so it was no fun. Hopefully they will do something to correct these types of tragedies from occurring again next year.

The day ended with a fun party with, as usual, lots of good food. And just like last year, Jerusalem’s Beer Bazaar, https://beerbazaar.co.il/?ls=en located in the famed open market Mahane Yehuda, provided plenty of its specialty beers.

The party continued at the Shuk after 8pm. Attendees were given vouchers for either food or one drink at a number of different venues in Mahane Yehuda. It fell like Purim came early this year as Jon Medved bought shots of scotch for random people. Once again OurCrowd outdid itself. And once again I grabbed a few bottles of beer to take home with me. Or maybe I didn’t.