Bribes To Female Judges Only 70% Of Bribes To Male Counterparts 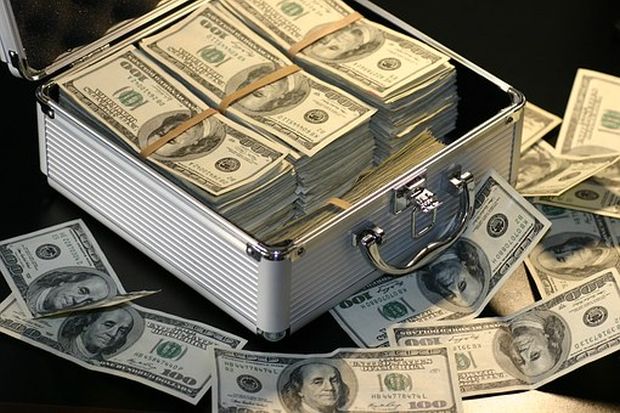 “That’s a disturbing indication of what’s wrong with our society.”

Tel Aviv, March 20 – A troubling new study points to systemic discrimination in Israel so deep that women judges receive, on average, bribes that are almost a third lower than male judges.

Justice, the quarterly journal of Israel’s Bar Association, will publish a report in the forthcoming issue detailing the statistics that demonstrate sexism in the bribery system in line with the broader gender wage gap.

“You might expect that the farther up you go in society, in government, or in industry, the less prevalent the income gap between men and women,” explained lead study author Rodef Shalmonim. “But that’s not the case: female judges are consistently offered fewer or lower bribes than male judges, and that’s a disturbing indication of what’s wrong with our society.”

According to the comprehensive study, over the last ten years, bribes to female judges at all levels of the justice system barely reached 70% of bribes to male judges at the same level of the system. At the lowest level, the magistrate and labor courts, the gap has been even more pronounced, with women on the bench receiving bribes less than 60% of their male counterparts, and only 80% as often.

Appeals court judges do slightly better, but still trail their male colleagues; bribes to female appeals court judges reach 75% of those offered to males. On the High Court, the figures are closer, up to 80%, but female justices report receiving fewer bribery offers, even if the amounts offered remained the same for men and women judges.

“We have to address this disparity if we want to claim to be a just society,” declared High Court President Miriam Hayut. “We can sit here on the bench and pronounce just rulings all day long, but if we women aren’t getting the same bribe offers as our male equals, we’re not really equals.”

“One of the problems is the government hasn’t taken any measures to address this problem,” she continued. “The court’s hands are tied, however, because we do not legislate – we can only respond to petitions and cases brought before us. No such suit or petition has been filed, so we will simply have to wait either for a law to pass mandating that bribes to male and female judges be equal, or a case comes before the court that will allow us to include such a demand in our rulings. Proper procedure and adherence to assigned roles in government are crucial to a functioning democracy.”