Is Natalie Portman a BDS Supporter? 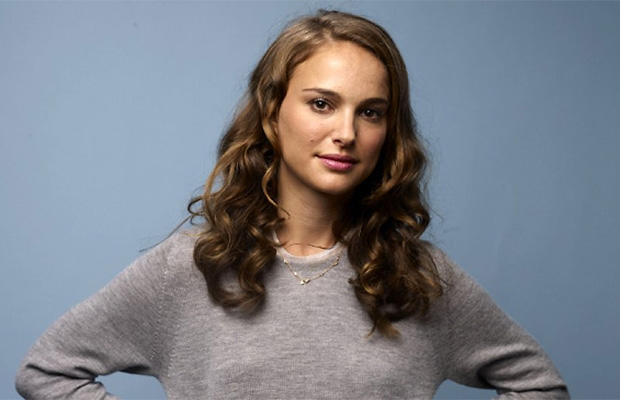 We recently reported that Natalie Portman declined to attend a ceremony in Israel, where she was to be awarded the $2 million Genesis Prize. As a result, the ceremony was cancelled – and while Portman remains the 2018 Genesis Prize Laureate, she won’t direct the granting of the funds to the non-profit organizations of her choice. Portman’s representatives alluded to “recent events” in Israel as the reason behind Portman’s decision to refrain from attending a public ceremony in Israel. Late Friday, she addressed the controversy herself and stated “Let me speak for myself. I chose not to attend because I did not want to appear as endorsing Benjamin Netanyahu, who was to be giving a speech at the ceremony… I am not part of the BDS movement and do not endorse it… Like many Israelis and Jews around the world, I can be critical of the leadership in Israel without wanting to boycott the entire nation. I treasure my Israeli friends and family, Israeli food, books, art, cinema, and dance.”

Sounds reasonable, right? I guess it depends? Portman is not known for being highly political, but she is also not a big fan of Prime Minister Benjamin Netanyahu. In 2015, following his reelection, she said, in an interview with The Hollywood Reporter, that she was “very, very upset and disappointed” and that she found “…his racist comments horrific … However, I don’t — what I want to make sure is, I don’t want to use my platform [the wrong way]. I feel like there are some people who become prominent, and then it’s out in the foreign press. You know, shit on Israel. I do not. I don’t want to do that.”

Clearly that’s not how others see it. The Likud Party issued a statement called Portman’s announcement “Such hypocrisy! Natalie Portman speaks about democracy but she supported the V15 organization that tried, through foreign government funding, to disrupt democratic elections in Israel.” The Likud party was referring to an effort aided by One Voice, a US-funded group that ostensibly tried to unseat Netanyahu in the 2015 national elections. Portman reportedly made a video for V15 — in response to a video Chuck Norris Made in support of Likud — but it was never released. Furthermore, the state comptroller cleared the V15 organization of inappropriate political meddling during the 2015 election. The Likud party has yet to discuss foreign meddling in the form of rich Americans funding a free newspaper whose editorial position supports Netanyahu. Nor has the Likud commented about US funded “get out the vote” organizations aimed at getting Republican leaning American-Israelis to vote en masse in US Presidential elections. The Likud Party also claimed that “Portman speaks about human rights but takes part in festivals in countries that censor films and whose human rights record is far beneath that of Israel.” They didn’t specify which festivals exactly they meant, but, oh well.

Culture Minister Miri Regev also heaped scorn on Portman, saying she had “fallen into the hands” of the BDS campaign. Regev added, “Natalie, a Jewish actress who was born in Israel, joins those who relate to the story of the success and the wondrous rebirth of Israel as a story of darkness.” Not to be outdone by Regev’s over the top criticism, Likud MK Oren Hazan called on Interior Minister Aryeh Deri to strip Portman of her Israeli citizenship, characterizing her as “an Israeli Jewess who on the one hand makes cynical use of her origins in order to advance her career and who, on the other hand, prides herself on having avoided being drafted into the IDF.” Portman left Israel at the age of three. Hazan you may recall used to run a casino in Bulgaria where he allegedly provided Israeli tourists with prostitutes and Crystal Meth. He has been suspended from the Knesset several times – once for making fun of a handicapped MK.

Not everyone in the government is a total fucking tool however. MK Rachel Azaria, who is a member of the Kulanu party, part of Netanyahu’s narrow ruling coalition, said that Portman’s decision reflected changing attitudes toward Israel among US and diaspora Jews. “Natalie Portman’s cancellation should be a warning sign,” she tweeted. “She’s totally one of us, identifies with her Jewishness and Israeliness. She’s expressing the voices of many in US Jewry, and particularly those of the younger generation. This is a community that was always a significant anchor for the State of Israel and the price of losing it is likely to be too high.”

Strategic Affairs and Public Security Minister Gilad Erdan invited Portman to tour the Gaza border and see the situation for herself. Last Friday, 3,000 Palestinians protesters massed along the Gaza border with Israel, burning tires and flying flaming kites over the fence in order to set Israeli fields on fire. Members of the IDF responded with tear gas and live fire, killing four Palestinians. Erdan even made a Star Wars reference: “Anakin Skywalker, a character you know well from Star Wars, went through a similar process. He began to believe that the Jedi knights were evil, and that the forces of the Dark Side were the defenders of democracy. I call on you not to let the Dark Side win.”

Energy and Water Minister Yuval Steinitz (Likud) stated that Portman’s actions “bordered on anti-Semitism.” To be fair, his full statement doesn’t sound as stupid as the headlines. While he did say that Portman owed an apology to Israel and Israelis for “boycotting” the country, he noted that:

Claiming that the star would not boycott China or India if they were to award her a prize, even if she disagreed with their policies, he said, “Criticizing Israel is not always anti-Semitic. Boycotting Israel has elements of anti-Semitism, because other countries that are criticized are not boycotted with such ease.” Steinitz went on, “Netanyahu is the prime minister of Israel, whether you agree with him or not. To boycott a ceremony in the State of Israel because the prime minister is supposed to take part — is boycotting Israel.

Except that Portman isn’t a Chinese or Indian citizen, so her concern about an Israeli issue is understandable. Steinmetz went on and suggested:

“If she had come and said she is in favor of peace, and a Palestinian state would be the most friendly and would never threaten us with missiles or terror, that’s her right. I would argue with her. Then, Barghouti [co-founder of the BDS movement] would not exploit it. But the fact that the greatest haters of Israel jumped for joy over her announcement that she’s not coming — and it’s something that could have been foreseen — the fact that either she doesn’t care or she didn’t take it into account deserves full condemnation.”

Wow. Let’s at this point, and in conclusion, re-examine Portman’s own words. She’s not boycotting Israel. Nothing in her statements reflects her support for BDS. Nothing in her statements prevents her from visiting Israel and working with Israeli artists. She simply does not want to share a stage with Benjamin Netanyahu and that is her right. We’re still a democracy here, right?

I should also add props to the Genesis Foundation for their sober and measured response to this whole thing. Their eye remains on the philanthropic aspect of their prize and they refuse, as is their stated policy, to politicize any aspect of their organization. Pay attention PR people. There’s a lesson here.