The Kings of Israel Series” by Israel Drazin. 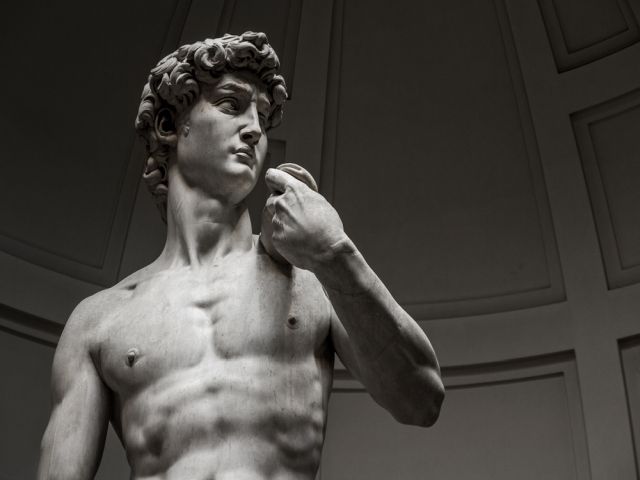 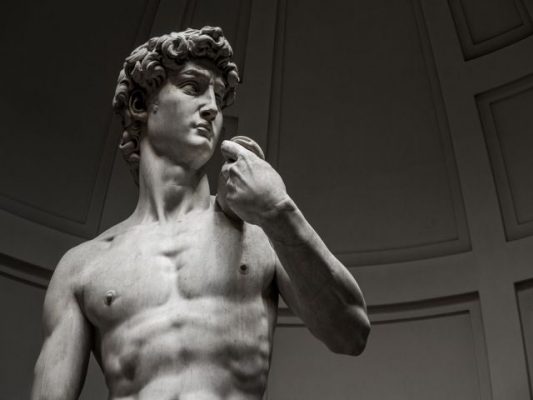 Geffen Publishing is offering three books in one: “Who Really Was the Biblical David,” “The Tragedies of King David” and “The Authentic King Solomon.” Collectively they comprise “The Kings of Israel Series” by Israel Drazin. They also cover a great deal about King Shaul and the Prophet Shmuel.

Israel Drazin is not only a rabbi, but a brigadier general in the U.S. Army where he served as a chaplain for a total of 31 years of military duty. He is also a lawyer, a PhD and has published 18 books.

His books are certainly not for the faint of heart. By that I mean those Orthodox Jews who fear any new information which might contradict their learned dogma. When such things are mentioned in their presence they will act like Aharon did when Miriam spoke lashon hara about Moshe – close the tragus over the ear so as not to hear anything.

The Kings of Israel Series is more of a modern critique of the Bible than a new commentary by an Orthodox Rabbi. Rabbi Drazin dissects the text with a critical eye using his skills as an academic scholar. That being said, he has also written these books in a very plain English so that anyone can appreciate them. 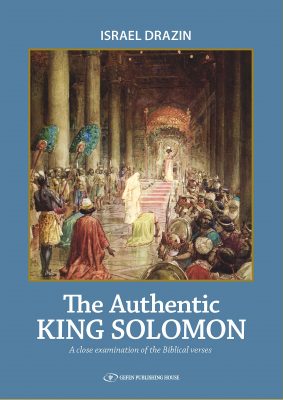 Rabbi Drazin is of the school of thought that the books of the Bible were codified based on various texts many generations after said texts were first written. As such they are the works of multiple authors. He has no qualms about asserting this theory as fact, in spite of being an Orthodox rabbi. The ultra-orthodox community would surely place a ban upon him if they have not yet already done so.

One refrain here is that the people who lived at the time of the first kings of Israel may not have even known about the Tora – the Five Books of Moses also called the Chumash – or at least they did not hold by it as the law for all of Israel. Rabbi Drazin cites numerous examples of the actions of these kings, Shaul, David and Shlomo, which directly contradicted the literal commandments of the Chumash and not just later rabbinic laws.

King Shaul’s daughter Michal was the first wife of King David. David fled for his life from Shaul because the King knew that David would succeed him. Shaul was told that his heirs would not inherit the crown. Shaul then gave Michal in marriage to another man. He did this; even though, David never gave her a divorce decree as required by Jewish law. Therefore both Michal and her second husband were guilty of adultery. When David returned he took his wife back and seemed to simply pretend that she was never remarried to the other man.

King David committed a number of acts which violate the laws of the Tora. One example is at the beginning of the first book of Kings when he tells his son Shlomo who to exact revenge upon after David’s death. Shlomo then carries out his father’s instructions, killing these men as well as others. Neither bothered with the formality of a trial for the people in question which is required by the Tora. 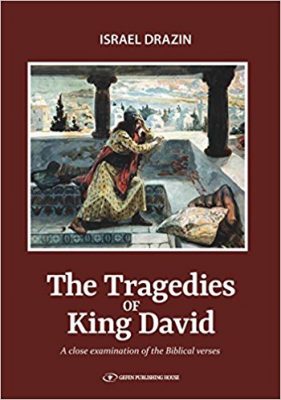 But Rabbi Drazin deliberately omits any reference to the traditional explanation for these things. First, King Shaul was said to have gone mad after learning that the monarchy was stripped from him and his descendants. So he was not in the right mind when he committed his acts which contravened the Tora. King David may have, as a result, not held Michal or the other man responsible for Shaul’s actions.

In both cases the Talmud has a much simpler understanding of how the Biblical heroes could so blatantly ignore the Tora. The Kings were chosen by God himself and were themselves prophets. They were empowered by God to make certain decisions and rulings as they saw fit, even if their deeds may have violated the Tora.

So who really was King David? Well Rabbi Drazin points out a number of points which contradict the myth. For one, according to the book of Chronicles he was not the one who killed Goliath. He also has a more cynical view of some of David’s actions. The Bible explains that, after becoming King, David was sure to honor a promise made to his friend Yonatan, the son of King Shaul. Yonatan had died with his father in their final battle with the Philistines atop Mt. Gilboa. His young son, Mephibosheth, was the only known surviving grandson of Shaul.

David promised Yonatan that he would protect his family and later David did just that by bringing Mephibosheth into his court. Rabbi Drazin, however, sees this as a political move by the new King: he kept the surviving heir of his predecessor close to him so that his enemies could not rally around the boy as a contender to the throne.

Rabbi Drazin clearly does not hold by the traditional orthodox understanding of the Tora. He also does not treat the Kings, nor the Prophet Shmuel, with the deference demanded of by the Orthodox world.

So if this does not scare you off and you are a mature person confident in his beliefs then you will enjoy reading these books. But keep in mind that they are not for the uninitiated. Someone who has not already studied the Bible will be lost here. It may also help to have at least a cursory knowledge of Biblical text criticism.