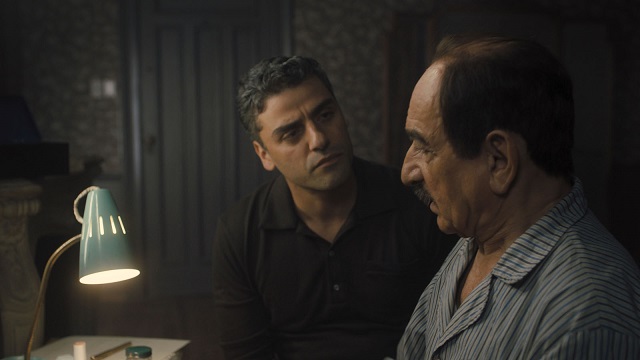 Now playing on Netflix, “Operation Finale” is one of those movies which you can’t wait for it to be released because of its subject matter. This only makes for an even greater disappointment when you see the finished product. When you have actors of the caliber of Ben Kingsley and Oscar Isaac costar in a movie about the capture of Adolph Eichman the viewer expects to be wowed.

This is Kingsley’s third foray into telling the story of the Holocaust on camera. The Oscar winner previously played famed nazi hunter Simon Wiesenthal in HBO’s 1989 “Murderers Among Us: The Simon Wiesenthal Story.” And he of course played Itzhak Stern in Steven Spielberg’s “Schindler’s List.”

Oscar Isaac is best known for his role in the new Star Wars movies. Neither he nor Kingsley are Jews, but one of Ben Kingsley’s maternal grandfather’s ancestors may have been Jewish.
While the performances of these two Hollywood icons did not disappoint – nor did those of the supporting cast – I sensed that something was lacking here.

That might have been the screenplay from first time writer Mathew Orton. The story of how Israel’s Mossad spy agency found and captured the greatest war criminal in history, who was neither tried at Nuremberg after World War II nor escaped justice by dying, who was the architect of the plan to ship Jews from all over occupied Europe to death camps and to use gas chambers to murder them en masse and who was also the man who carried out that plan with the meticulous detail orientation of an anal retentive civil servant and the pride of work in a wholly inhumane enterprise which can only lead one to wonder if it is possible that there are people born into this world without a soul, should make for a great movie. So why didn’t it?

After Israel’s independence in 1948 the Mossad worked to find wanted nazi war criminals around the world. When the hiding place of the worst surviving offender was found in Argentina, the decision was made to capture Adolph Eichmann and bring him to justice in Israel. However, no cooperation could be expected from the Argentinian government, which had readily aided nazis who fled there after the war.

There have been three previous attempts at bringing this story to the screen. “Operation Eichmann” centered more on the man’s story and not his capture. It came out in 1961 while the Eichmann trial was still underway in Jerusalem and before his execution. The Jewish German actor Werner Klemperer, who is most famous for having played the bumbling Colonel Klink in “Hogan’s Heroes,” portrayed Eichmann. Klemperer’s family escaped Germany in the 1930s in part because his father was a famous musician. In 1979 a made for television movie called “The House on Garibaldi Street” starred Haim Topol as a fictitious character and Martin Balsam as Isser Harel who led the Mossad at the time. Based on Harel’s book about the operation the movie gave a detailed account of the capture, but Eichmann himself was merely a side character. Then, in 1996, another television movie called “The Man Who Captured Eichmann” was released. It was based on the book “Eichmann in My Hands: A Compelling First-Person Account by the Israeli Agent Who Captured Hitler’s Chief Executioner,” written by one of the Israeli agents involved in the operation named Peter Malkin. As such, the story is told from his perspective. In it Robert Duval played Adolph Eichmann. 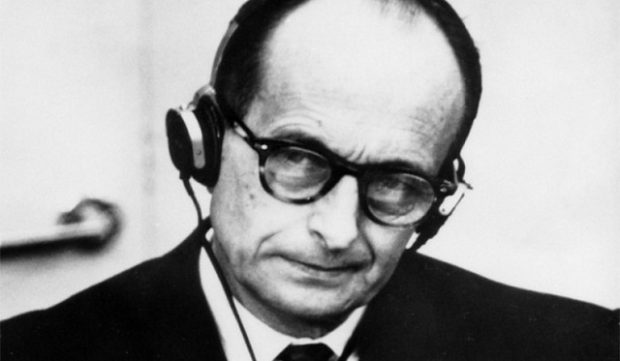 Now we have “Operation Finale” which is also based on the Malkin book. So, again, we follow agent Peter Malkin on his personal quest to avenge the deaths of his sister, her children and more than 100 other family members who were murdered in the Holocaust. This and the capture itself should be enough to make a compelling motion picture.

But for some reason the makers of “Operation Finale” felt that the story needed an additional edge. As a result, the second half of the film is mostly about Oscar Isaac’s interactions with Ben Kingsley. Now with the nazi murderer under his control can the Holocaust survivor turned Israeli nazi hunter be able to control his anger and desire to avenge his family for the sake of the mission or will he succumb and try to kill Eichman? Really? Was that all that they could come up with? And even if this was in the book it does not need to have been included in the movie.

These later scenes fall flat and not because of the cast. You really can’t go wrong with Ben Kingsley and Oscar Isaac. But “Operation Finale” found a way to do so because of poor writing. The interaction between Peter Malkin and Adolph Eichmann feels contrived and forced.

The beautiful French actress Mélanie Laurent is also in “Operation Finale,” but she is given far too little to do. She is there just to be the woman in the cast, playing the doctor who administers sedatives to the captive Eichman. While Laurent does have some interesting interactions with Oscar Isaac, these sequences are few and feel tacked on. Laurent is Jewish and the daughter of people who survived the Holocaust. She is known best for playing the Jewish character Shoshana in Quentin Tarantino’s “Inglorious Basterds.” In that film she portrayed a Jewish woman forced to go into hiding with a false identity in Paris during the German occupation. 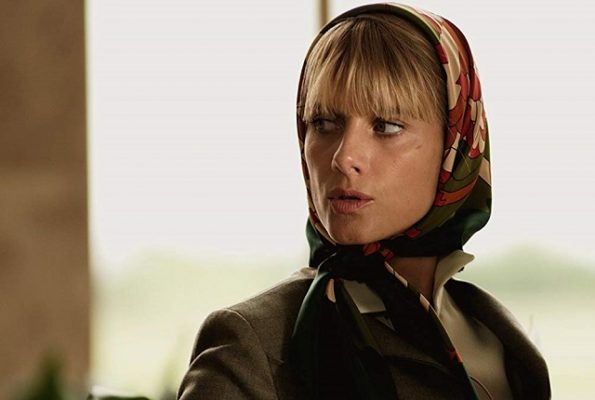 Laurent is a wonderful actress. So why hasn’t she been getting better and more significant roles? And why, once she was cast here, did the producers not expand her role. The character she plays was actually a man in real life and the attempt at romance between her and Oscar Isaac in this movie falls flat.

No need for spoiler alerts here: Adolph Eichman was captured, taken to Israel, tried and executed, and all of the Mossad team members made it out of Argentina safely. This did not stop the filmmakers, however, from attempting to add a cheesy climactic sequence where someone delays the plane’s departure and where a last second decision must be made, echoing – or ripping off – the same fictional climax tagged onto the end of “Argo.”

In the end “Operation Finale” feels like a made for TV docudrama.

You can see these documentaries about the capture and trial of Adolph Eichman on Youtube: