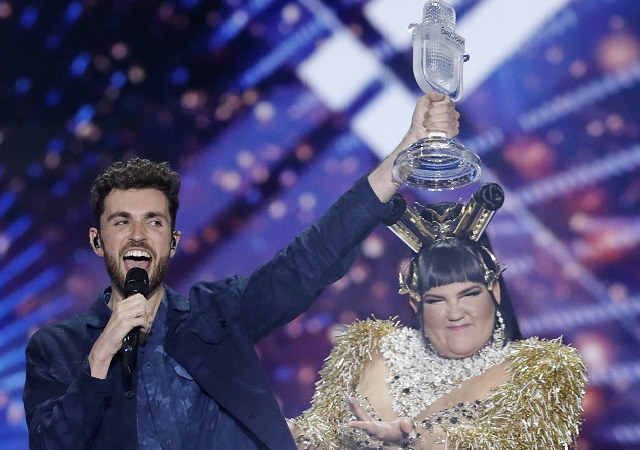 Our long national nightmare is finally over! After months of having to hear all about the plans for this year’s Eurovision contest which was held in Tel Aviv, it’s safe for Israelis to watch the news again. Well at least it will be by next week.

On behalf of all normal people everywhere who actually like to listen to music – Eurovision sucks. Don’t believe me, well for my American readers just go on line and find the winning song by Dutch singer Duncan Laurence. Not only did his singing skills leave a lot to be desired, the lyrics of the song were hack. Here’s the opening: “A broken heart is all that’s left. I’m still fixing all the cracks. Lost a couple of pieces when I carried it carried it carried it home.”

Full disclosure here – I have never liked Eurovision. Not since the first time that I watched it 20 years ago which was also the last time that Israel hosted. Dana International won for Israel the year before with a song which was mostly English. Last year Israeli singer Neta Barzilai won for her song “Toy.” I’ll spare you the lyrics. It’s almost entirely in English. And this year’s winner sang only in English. Why?

Pretty much all of the songs were in English. Why? Why didn’t the singers representing their countries sing in their native languages like Swedish or Polish? Abba was the only truly successful act to come out of Eurovision and they won back in the 1970s with the song “Waterloo.” It was in English, but they were from Sweden. 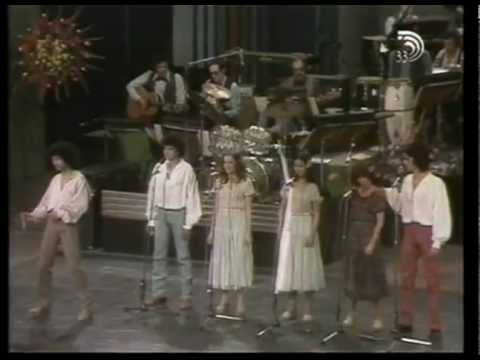 Israel won twice in a row in the late 1970s with “A-Ba-Ni-Bi” by Izhar Cohen and Alphabeta and “Hallelujah” performed by Gali Atari & Milk and Honey. Both were entirely in Hebrew. “A-Ba-Ni-Bi” was a delightful song about love from the perspective of kids. It was sung using an Israeli schoolchildren version of pig Latin for Hebrew. “Hallelujah” was basically about the whole world singing in peace. Both went on to become classic Jewish folk songs, sung ever since at summer camps and at youth events. OK so the music for both was in a cheesy 70s style of pop. But at least they meant something. 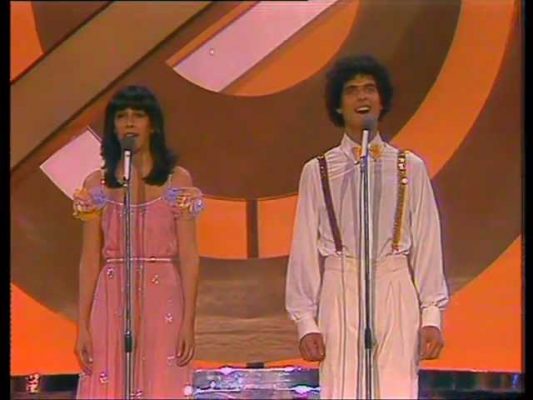 I really didn’t want to watch this year’s show. But I felt that I had to at least take a few peaks at it. Yes my friends, I am so committed to providing you with quality content that I sacrificed myself for you. I survived, but it took me all day to recover enough before I could sit down and write this post.

I watched the last half of a live Yankee game which started at 1PM NY time. It was a 1 – 1 bore which went into extra innings. Fortunately the Yankees lost in 11. Then I switched to a Met game which started at 11 PM Israel time. Even a Mets game was less painful for me to watch then Eurovision. During breaks in the games I looked in on the contest and listened to the performances for as long as I could take it. The singers sounded like the people who get dropped from American Idol in the first round. I can only imagine what Simon Callow would have told them. Their singing was weak, their music was unoriginal and the lyrics of most of the songs made the lyrics of the winner’s sound like the Beatles.

Something tells me that the contestants in Eurovision are basically the rejects who couldn’t even get on shows like American Idol. Ultra-Orthodox protested in Jerusalem that people went to work on Shabbat to prepare for the show which started late Saturday night. They shouldn’t have bothered. Just watching the show was punishment enough.

Below you can enjoy the two Israeli songs which won in the 1970s.