Disbanding Hesder Units is a Mistake 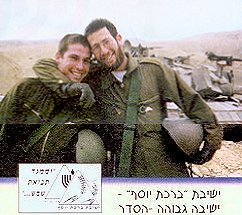 The IDF announced the impending disbanding of all Hesder units this coming March. Hesder units are made up of religious-Zionist Yeshivah students who combine Yeshivah study and Army service. Serving in such units allows the soldiers involved to fulfil their Army service requirements while minimizing violations of Jewish religious law, like kashrut, that are commonplace in the army:

â€¦hesder provides a convenient framework for discharging two different â€“ and to some extent conflicting â€“ obligations. It enables a talmid, morally and psychologically, to salve both his religious and his national conscience, by sharing in the collective defense burden without cutting himself off from the matrix of Torahâ€¦
–Harav Aharon Lichtenstein, Rosh Yeshivat Har Etzion

Hesder unit soldiers typically serve in the IDF for 18 months, then attend Yeshivah for three years followed by 6-7 months in an integrated, non-Hesder unit. Major General Elazar Stern, head of IDF Manpower justified his unprecedented and unilateral decision by stating that:

“In the past, these companies were desirable because the army felt it was helping religious youngsters who want to join the IDF continue religious observance in the army,” Stern said on Tuesday.

However, the situation today is different, he said. “I think this is not a good structure. The IDF is the people’s army. Each soldier brings his values and they are discussed with others. This is the best move for the IDF, and probably the best move for the State of Israel,” Stern told Israel Radio.

Way to go. Now all religious individuals will be viewed with suspicion and will be presumed guilty of disloyalty. Way to further isolate an already embattled but important element of Israeli society. Good job IDF. This bonehead move will be remembered along with other dumb stuff like ignoring intelligence reports emanating from Egypt in 1973.