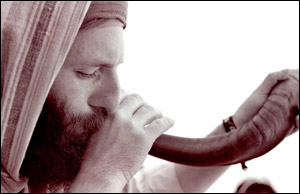 Two Pesachs ago I went to a Festival in Israel called Boombamela and had a truly transformative experience. Boombamela is kind of a cross between Burning Man and Woodstock, except proudly proudly Jewish. My first Pesach in Israel, still honeymooning with the country, friends and I went early and had the best Seder ever right there on the beach. When the people started filing in and the music didn’t stop playing for days I spent the whole time in a dazed state of utopian bliss marveling from behind my camera at just how sexy the Jewish people can be.

Like Burning Man or Rainbow, everything is divided into villages. I spent most of my time with the religious camp (Kfar Tefilla) in part because I found the tension of religious people in a sea of hedonism more complex and interesting than the hedonism itself. But also because that was the only kosher kitchen running.

Anyway, here are some of the photos I took that year when it was still good. The next year they started advertising for it in Israeli high schools and the average age dropped to 15 and it became so much less fun. But ahh, those were the days. 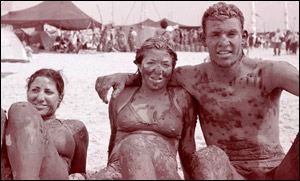 I love mud people, and this dude had this classic Life Magazine 1940’s airforce look to him. 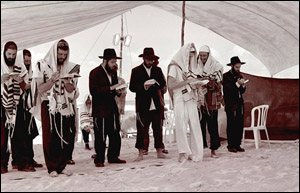 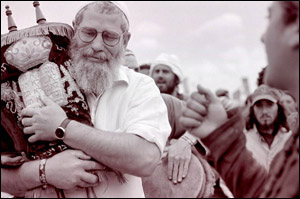 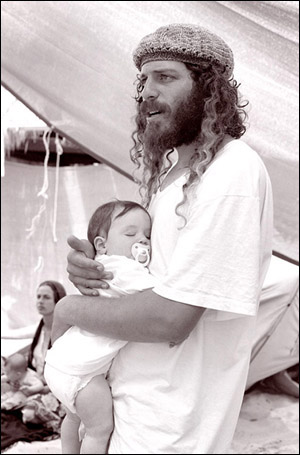 One of my favorite shots ever. Sinai Tor, Israeli musician and baby. 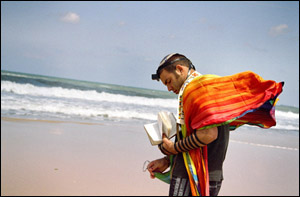 I also wrote a little article in Jewsweek with these photos, I would write it differently today, but you can read it here.