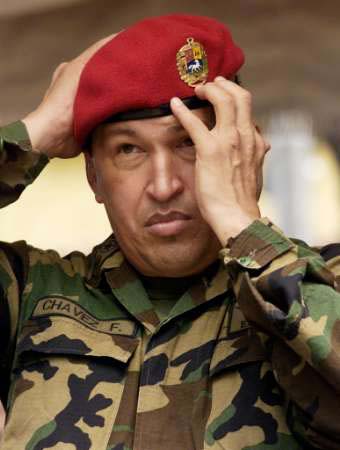 An Israeli arms sale to Venezuela was postponed indefinitely following a US demand to not deal with Chavez’s government. Chavez, vocal critic of Bush Jr. and target of calls for assasination by Pat Robertson (is that what Jesus would do?!?) Chavez angered the current US administration by signing trade pacts with Cuba, claiming that the US was planning to invade Venezuela and referring to Condi Rice as ‘an imperial lady’. He also criticized the US’s military action in Afghanistan as “fighting terrorism with terrorism”.

The Israelis, as part of the package, were to upgrade Venezualian F-16s. Israel has sold Venezuela radar, air defense missiles and Litening pods used by fighter jets to target air-to-ground missile. The deal, however, seems like a fairly small one and Israel has played it much safer than the previous dealings they had with China, where the US briefly suspended all military involvement. Mofaz is going to the US to clarify weapon’s trade issue next month.

Read all about it here (Reuters) and here (Ha’aretz).