Trip to the Taba Hilton, Sinai 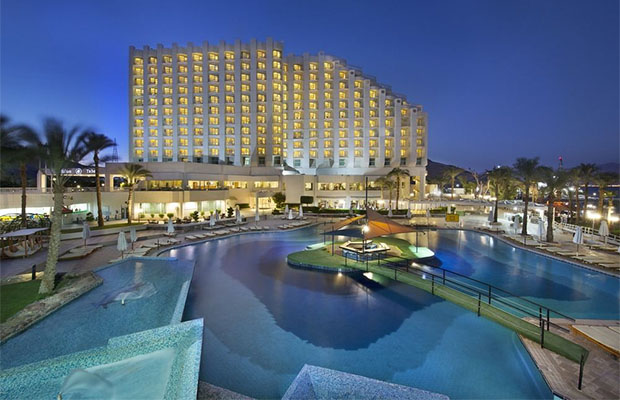 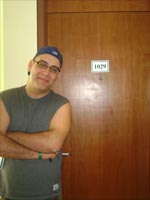 The door of the Presidential Suite where the Taba Accords were signed. I am such a political geek.

I’ve been to the Sinai more times than I can count. I started hanging out there when I was 17 and spent time doing pretty much everything one can do there. I dove in Dahab and Ras Muhamed, snorkeled in Nuweiba, partied in Sharm Al Sheikh with US Marines, climbed up Jebel Mussa with Bedouins, and spent not enough time on Rafi Nelson’s beach in Taba. It was too close to Eilat I figured and the whole point of going to the Sinai was that it was the polar opposite of Eilat. OK so there was a more carefree attitude on Rafi Nelson’s beach – Taba had more naked people lolling around than Eilat ever did, but still. I wanted to meet cool people and do cool things, not hang out with the same people I’d met in Eilat.

Thus when a PR firm contacted me and asked if I wanted to stay at the Taba Hilton for free for three days, I didn’t have any great expectations. I mean I was looking forward to some rest and relaxation in a nice hotel with free wifi and a pool, but other than that I guess my expectations were colored by a recent jaunt to Eilat to see the Jazz Festival. The music was great but Eilat was, well… somewhat over developed, crowded and the beach was bordered by icky shops selling tons of junk. See, the Taba Hilton, formerly the Sonesta, was built on Rafi Nelson beach and includes the legendary Rafi Nelson resort. 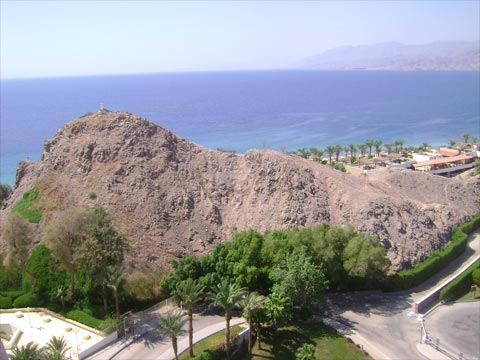 The view of Taba from my room

Well, I guess it’s always a good idea to have low expectations because the experience exceeded my expectations. The Taba Hilton is beautiful, staffed by extremely courteous employees all of whom spoke English and/or Hebrew. The facilities were in an excellent state of repair, the resort was well appointed and the beach was gorgeous. Despite its proximity to Eilat, the water was crystal clear and I saw many colorful fish in the coral. Even the guests were fun (and sometimes naked!) – a combination of East and Western Europeans with a smattering of Israelis no doubt attracted by the advantageous prices and an overall experience that far surpasses that of most Eilat Hotels. And finally, in true Sinai style – I was able to see an impossible number of stars from my balcony on the top floor of the Taba Hilton. 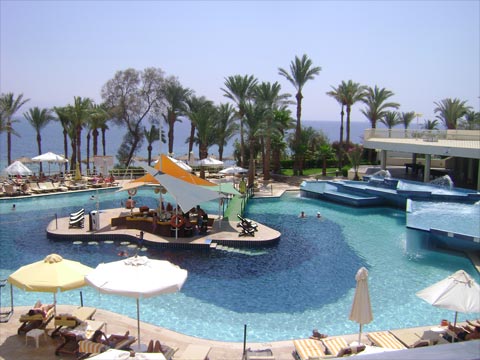 The awesome pool! Definitely not enough pools in Jerusalem...

Upon my return, most people asked me if it was scary. Well, just as a point of information, the Taba Hilton is right at the Israel/Egypt border. People staying there do not have to pay the entry and exit fees that everyone else visiting the Sinai has to pay, and it’s not unusual for guests at the Taba Hilton to walk over into Eilat and have dinner there. Besides the expedited border crossing experience, the security levels at the hotel are very high with metal detectors at the entrance and the front area being inaccessible to cars. The fact is that I have no problem staying in a Bedouin Husha in the middle of nowhere and I have always found Egyptian police to be friendly, even jovial. However, even the most security conscious individuals will feel comfortable here.

What can I say? I had a great time and I even made a few bucks at the Casino. Eilat’s tourism industry has some serious competition on multiple levels here and that’s probably a good thing. The Taba Hilton’s standard of hospitality, as well as the care taken by the Egyptians in not shmutzifying the beach and the surrounding nature is probably something we in Israel can learn a lesson from. Also, I really, really love fluffy bathrobes!