I know this story is like, two weeks old, but can you blame a girl who is trying to keep up with writing a novel during National Novel Writing Month of essentially a cartoon-like Sergey Brin AND the real Sergey Brin? No. 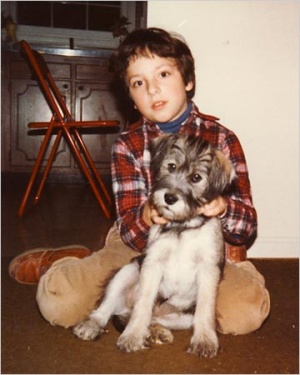 From The NY Times. Also from every picture taken of Soviet Jewish males from 1982-1990.

So, here’s the scoop.Â  Brin recently donated a hell of a lot of money (also known as $1 million)Â  to HIAS, the Hebrew Immigration Aid Society, which coincidentally also sponsored part of our trip over the United States and helped us get a US work visa and all that stuff.Â  Here’s the original New York Times story on the situation

Thirty years ago today, Sergey Brin, a 6-year-old Soviet boy facing an uncertain future, arrived in the United States with the help of the society.

Now Mr. Brin, the billionaire co-founder of Google, is giving $1 million to the society, widely known as HIAS, which helped his family escape anti-Semitism in the Soviet Union and establish itself here.

You know what?Â  HIAS helped us a lot, too.Â  But guess who needs help more than HIAS?Â  A certain struggling Russian Jewish novelist.Â Â  For $1 million, I will write you into my novel, Serezhenka.Â Â  Also, please divorce your wife and remarry me, leaving me privy to the riches of your new media empire.