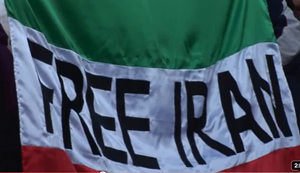 How are you going to celebrate?

Yes. Soon it will be the one year anniversary of the last Iranian election which was marred by massive electoral fraud, rioting on the streets and the killing and imprisonment of protesters, activists and politicians. The American Jewish Committee is urging people to do the following: Learn the facts and then, if you are so inclined, sign a letter urging Secretary of State Hillary Clinton to convene the UN Human Rights Council on the abuse of human rights in Iran. At the very least, marvel at the very short, George Orwell inspired video produced by the AJC!

Hat tip: Rebecca K. who I miss dearly. And you too Yoni!