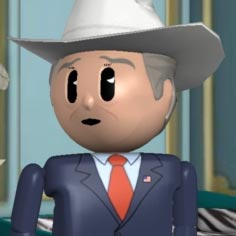 A couple of months ago we reported a press conference in which PJ Crowley, the US Asst. Sec. of State, had a challenging time giving a straightforward answer to the question, “Is Israel a Jewish state?” Theoretically this should be a no-brainer for a US official, but in the Obama administration the confusion revealed by Crowley isn’t surprising since these folks are in the habit of showing far more concern for the Palestinian position than Israel’s position and recently the Palestinians have been making a determined effort to deny that Israel is a Jewish state.

A couple of sites I visit sometimes were playing around with this video site and I wanted to see whether I could re-create the event.