Well, no. Not really. Almost a year ago I stated in a comment that “based on some of his comments thus far, I don’t believe we’ve heard Goldstone’s final word on the report that bears his name…” and sure enough, that off the cuff prediction came true. In an opinion piece that appeared in the Washington Post on Friday, April 1st (not an April fool’s joke), Goldstone stated:

We know a lot more today about what happened in the Gaza war of 2008-09 than we did when I chaired the fact-finding mission appointed by the U.N. Human Rights Council that produced what has come to be known as the Goldstone Report. If I had known then what I know now, the Goldstone Report would have been a different document.

How so? Goldstone continues:

The allegations of intentionality by Israel were based on the deaths of and injuries to civilians in situations where our fact-finding mission had no evidence on which to draw any other reasonable conclusion. While the investigations published by the Israeli military and recognized in the U.N. committee’s report have established the validity of some incidents that we investigated in cases involving individual soldiers, they also indicate that civilians were not intentionally targeted as a matter of policy.

Goldstone blames the discrepancy between what really happened during Operation Cast Lead and the conclusions of the Goldstone Report on Israel’s decision not to cooperate with the UN Human Rights Council fact-finding mission:

Although the Israeli evidence that has emerged since publication of our report doesn’t negate the tragic loss of civilian life, I regret that our fact-finding mission did not have such evidence explaining the circumstances in which we said civilians in Gaza were targeted, because it probably would have influenced our findings about intentionality and war crimes… Israel’s lack of cooperation with our investigation meant that we were not able to corroborate how many Gazans killed were civilians and how many were combatants. 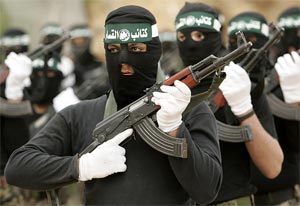 I can’t say that I disagree with him. In this day and age of rapid and unfettered communication, trying to remain opaque, except for matters of absolute national security, is a policy that will always backfire and is an exercise in futility. The message that the world received is that Israel had something to hide. And yet, as Goldstone noted the findings of the UN committee of independent experts, chaired by former New York judge Mary McGowan Davis which stated that â€œIsrael has dedicated significant resources to investigate over 400 allegations of operational misconduct in Gazaâ€ while â€œthe de facto authorities (i.e., Hamas) have not conducted any investigations into the launching of rocket and mortar attacks against Israel.â€ The implication here is that Hamas’s alleged war crimes in Gaza have now come under the jurisdiction of the International Criminal Court because no domestic investigation, or even the pretense of an investigation, has taken place. But don’t hold your breath waiting for that.

Goldstone concluded that “In the end, asking Hamas to investigate may have been a mistaken enterprise. So, too, the Human Rights Council should condemn the inexcusable and cold-blooded recent slaughter of a young Israeli couple and three of their small children in their beds.”

Obviously, this has set the world of punditry aflutter. The man who was once the darling of the “critical of Israel” crowd is now being reviled. His motivations are being called into question and every word of his “reconsideration” is being analyzed for hidden meanings. I’m sure that in the coming days and weeks we will hear more from Goldstone, but for me his words are crystal clear: The findings of the report merit reconsideration in light of new facts, and those new facts demonstrate that there was no intentional Israeli policy to target civilians.

Gaza is one of the most densely populated areas in the world. The IDF is one of the best, most powerfully equipped armies in the world. If the IDF’s intent was to target civilians, the death count would have been much, much higher. In fact, quite the opposite seems to be true. Remember the ridicule that greeted Col. Richard Kemp, Former Commander British Forces in Afghanistan, when he declared that “…the IDF did more to safeguard the rights of civilians in the combat zone than any other army in the history of warfare.” Not so ridiculous now, eh? But people will spin this however they like. Some spin will be reasonable, some will be quasi-retarded (what else did you expect from Richard Silverstein who used this post to make his blog’s first reference to the massacre of members of the Fogel family in Itamar. This man has no shame.) and others will be flat out hateful and anti-Semitic, claiming that Goldstone caved to Jewish communal pressure, or payoffs. But don’t start celebrating yet. Goldstone may have called into question the issue of intentionality, but he has yet to weigh in on other aspects of the report, ie the alleged use of human shields and the perceived disproportionality of Israel’s response to Hamas’s rocket fire.

In any case, like I said, we’ll see how this plays out in the future. I am reserving a more detailed analysis for a later date, or maybe for the Middle to pipe in given how much he’s written in the past about Goldstone. Well we’ve written a lot about the report, but he’s written the most…