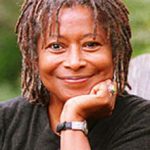 Alice Walker, a Pulitzer Prize winning novelist and author of “The Color Purple,” was reached by Foreign Policy magazine from her hotel in Greece, as she prepares to board a flotilla (or faux-tilla to many) to Gaza.

Interviewed by Robert Zeliger, Walker said that Israel was the biggest terrorist in the region and the in general, the United States and Israel are great terrorist organizations themselves. She shared that her activism began after the Six Day War in 1967, when she and her Jewish husband were very happy because they thought Israel was right to try to defend itself by pre-emptively striking against its neighbors. But she then thought that America saw Israel in mythical terms and was against Israel’s occupation of post 1967 lands. Asked about Hamas’ attacks against Israel, Walker responded that, “…I’m not for a minute saying anybody anywhere should fire rockets. I mean, I would never do it. Nor would I ever supply such a thing to anyone. But it’s extremely unequal. If people just acknowledge how absurdly unequal this is. This is David and Goliath, but Goliath is not the Palestinians. They are David. They are the ones with the slingshot. They are the ones with the rocks and relatively not-so-powerful rockets. Whereas the Israelis have these incredibly damaging missiles and rockets.”

He continued that if Walker seeks to express her solidarity with those in Gaza who long for peace, that the firing of rockets from Gaza is not, on the face of it, an expression of such a longing for peace. He added, “And what about the declared hostility of Hamas to the very existence of Israel? Hamas, we are often told, is the elected government of Gaza, a government that fairly represents the wishes of its people. In which case we must assume that Hamas’s implacable hostility towards Israel fairly represents the implacable hostility felt by the people of Gaza. Are Alice Walker’s letters of love and ‘solidarity’ solid with the people of Gaza in that hostility?….. Alice Walker might be feeling good about herself, but by giving the Palestinians the same old false comfort we’ve been doling out for more than half a century, and by allowing the Israelis to dismiss it as yet another act of misguided and uncomprehending adventurism — further evidence that its fears go unheeded – her political gesture only worsens the situation. The parties to this conflict need to be brought together not divided: but those who speak disingenuously of love will engender only further hatred.”