What was the one missing ingredient from the YU anonymous sex story? A music video! 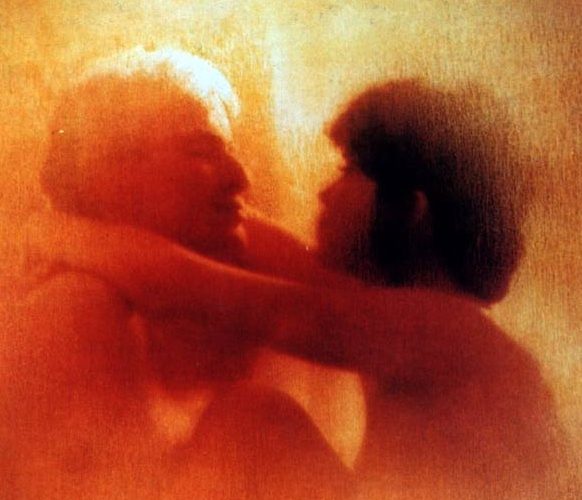 Hat tip to New Voices, which also broke the original story. Thanks to them, I plotzed when I saw it (I have no idea what plotzing means because I didn’t grow up with any Yiddish in my household and I’m half-Sephardic anyway, but “plotz” sounds like the perfect word to insert here). Congrats to The Groggers for putting this together. May God bring you lots of Likes. Or at the very least, I hope you’re invited to play at the next Jewlicious Festival.

In what will become, I’m sure, a classic of lyric-writing on par with some of Bob Dylan’s finest, here are some of the lyrics:

Haha. The Beacon is the student paper (now formerly associated with Yeshiva University) which published the story. If you want to see Mr. Grogger himself sing this, here’s that link.

Ahh, the joys of youth.

For those of you who still remember Last Tango in Paris (witness the greatness of Google image search when one searches for “anonymous sex”)…this is from a Japanese poster for that film. Butter.

The following has nothing to do with Orthodox Jews having sex outside of marriage in mid-town hotel rooms. What can I say, it’s a blog and I feel like writing.

I have to say, it’s been a long time since I saw Last Tango and I recently heard Maria Schneider in an interview essentially saying she was taken advantage of in the making of that movie ( I think she was 19 when they shot it). Looking at the filmmakers for Last Tango, it’s an incredible group. Along with Brando, who was still going to provide us with unforgettable roles in Godfather and Apocalypse Now, the film was directed by Bernardo Bertolucci, who made The Conformist, 1900 and Once Upon a Time in the West, co-written by Franco Arcalli who also co-wrote 1900 and Once Upon a Time in America, scored by Jazz musician Gato Barbieri (probably better known to those of us who listened to ECM type Jazz) and filmed by the amazing cinematographer Vittorio Storaro who shot Apocalypse Now, Reds and The Sheltering Sky. It was produced by Alberto Grimaldi who also produced The Good, The Bad and The Ugly, 1900, and Pasolini’s Decameron and Canterbury Tales. Yup, now that I think about it, I saw all of those films at a very impressionable age.