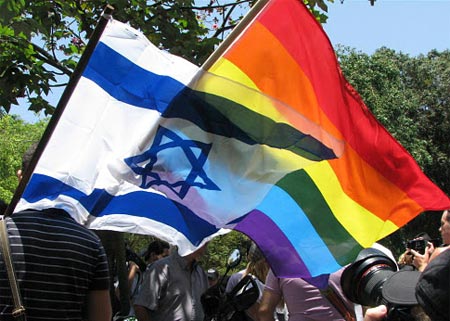 What do readers of GayCities.com consider the number one gay city in the world? Would it be New York? Rio? San Francisco? Portland? Paris? No! Would you believe it’s Tel Aviv? Well, probably yes because you already read the title, but still… Tel Aviv garnered a whopping 43% of the vote in a recent survey co-sponsored by American Airlines, while second place New York City got a mere 14%. Third place Toronto got 7% and 4th place Sao Paolo got 6%.

GayCities described Tel Aviv as ‘the gay capital of the Middle East is exotic with a Mediterranean c’est la vie attitude’… Tel Aviv Mayor Ron Huldai hailed his ‘free city’ and said he is proud of the survey results… He wrote on his Facebook page: ‘Victory in this competition further highlights the fact that Tel Aviv is a city that respects all people equally, and allows all people to live according to their values and desires… ‘This is a free city in which everyone can feel proud, and be proud of who they are.’

Now I know that by bringing up this news, some might accuse me of “pinkwashing” – a term currently in vogue among the “Israel Can Do No Right” brigade. They claim that Israel makes cynical use of the generally horrible treatment gays receive in the region in order to excuse, justify (pinkwash) or ignore the “occupation.” But to them I ask simply, is it really pinkwashing if it’s simply a recitation of the facts? Tel Aviv is great for the gays. Really great apparently. Get over it.