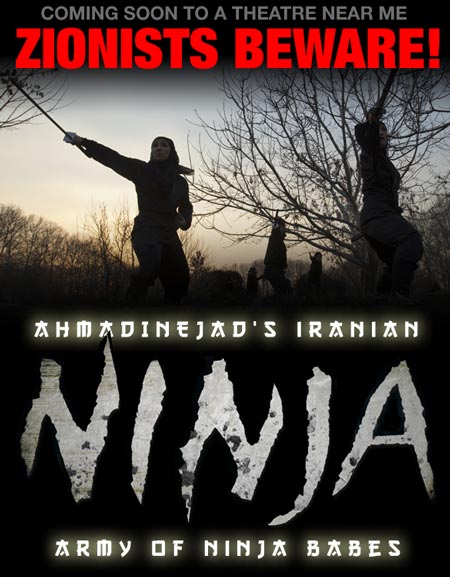 A country ruled by a megalomaniacal leadership, hell bent on acquiring weapons of mass destruction and protected by an army of 3,500 highly trained female Ninja assassins! The plot of an upcoming B movie? No. It’s actually what’s going on in Iran right now! Well, ok maybe not exactly. I mean we do have the megalomaniacal leadership, and it sure likes their Uranium enrichment efforts have a purpose a bit more nefarious than “medical research,” and yes there are in fact 3,500 women training in the art of Ninja in Iran, but that’s where it ends. 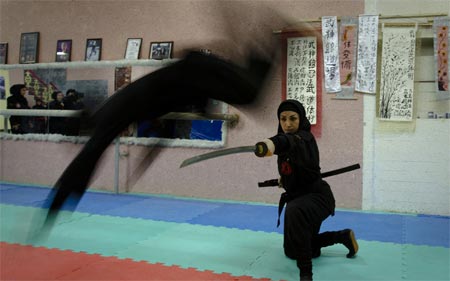 It’s really less than likely that these women training to be Ninjas will ever be used as any kind of offensive force against anyone. It’s not even clear that the type of training they are getting is anything more than just silly acrobatics and pseudo martial arts, owing more to Ninja movies than to actual, you know, Ninja power. But, in a society where women’s freedom is as severely curtailed as it is in Iran, it’s nice to see that women have an outlet for physical fitness, socializing and self esteem. Consequently, count me as one of those who are all in favor of the Female Iranian Ninja movement! Go Ninja Go!

Also check out the awesome photography by Caren Firouz of Reuters depicting Iranian women during their Ninja training. You can also enjoy this ridiculous video clip brought to you by Iranian State TV: