BDS is for the Birds. Literally. 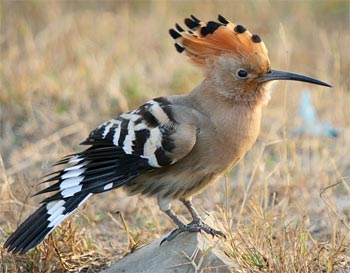 I couldn’t make this shit up if I wanted to. 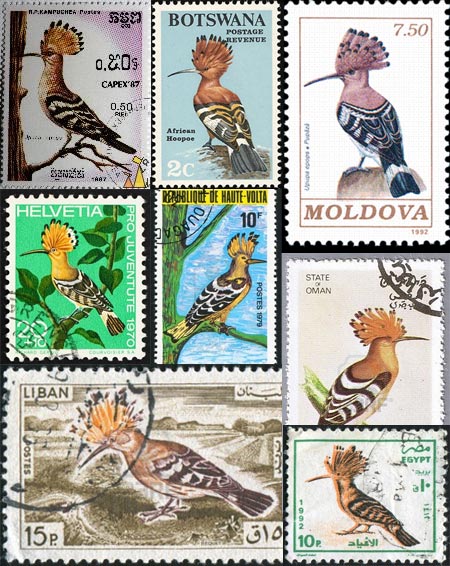 It started innocently enough when a British publication called the Morning Star, originally the organ of the Communist Party of Great Britain, ran a quiz on its site. One of the questions asked what was the national bird of Israel. The answer of course is the Hoopoe, pictured above. Pretty normal so far, right? What wasn’t normal was the reaction by two senior members of the Manchester Palestine Solidarity Campaign. Let’s see what George Abendstern had to say:

I often wonder why so many of its readers find the Morning Star so exasperating… Despite its condemnation of zionists (sic) it yet finds space to include an item in its daily quiz about Israel’s national bird… Is the Star not aware there’s a cultural boycott going on? … And then, despite it’s (sic) condemnation of the Bahrain Grand Prix and rightly so, it then goes on to tell us who won… For goodness sake comrades, get your act together.

His wife, Linda Clair, also wrote in and stated:

The Morning Star has always been the newspaper you could rely on to support the cause of the Palestinians, so why of all the birds in the world did you choose the Israeli national bird to include in your quiz? … Maybe you don’t support the methods chosen by the International Solidarity Movement of BDS to assist the Palestinians in their struggle for freedom and justice â€“ a demand that came from them originally…. This includes any reference to their wildlife.

According to these two geniuses, both of whom are, much to my great embarrassment, Jewish, merely mentioning a bird that spends some of its time in Israel, is a violation of the anti-Israel Boycott, Divestment and Sanctions campaign. These complete idiots sparked a bit of a controversy in 2010 when they both made statements claiming that an Israeli holocaust against the Palestinian people was right around the corner, and that Israel’s actions against the Palestinians were no different than those done by the Nazis against the Jews.

Well then. I did a Google search on the Hoopoe Bird and it seems that it features prominently in the stamps of many countries, including Lebanon, Oman, France, Austria, Mali, Upper Volta, etc. etc. George and Linda had best get their pencils sharpened and start writing letters to postal authorities around the world and warn them about these odious and apparently genocidal birds! Or they can just fuck off. I prefer the latter option.

But wait. Did you think that this was the end of this week’s bird-related news? If you did then you’d be wrong. Turning our attention to Turkey:

A farmer in Gaziantep province in southeastern Turkey last week turned the dead Merops Apiaster, commonly known as the European Bee-Eater, to police after he noticed its band read â€œTel Aviv University, Israel,â€ with serial number C43917. Local police turned it over to the regional Agriculture directorate, which then quickly brought in Turkey’s national counter intelligence police, Haberturk reported. â€œIt might be used for audio or videoâ€ surveillance, Akif Aslanpay, head of the Animal Health Division at Gaziantep’s Agriculture Directorate was quoted as saying. â€œIsrael can do such things.â€

Ohad Hatzofe, an avian ecologist for Israel’s Nature and Parks Authority stated in response to the accusations

Tell me. If it’s a spy would they put that it’s from Israel? Are they that stupid? … It’s such a common bird and it weighs just 70 grams. So what instruments can it carry? Maybe it is a biological weapon and is spreading germs? I am ashamed even to speak about it.

Yes. I too am ashamed. And I like Turks – I’ve been there several times and the people were so nice and so hospitable. I’m just glad that it seems like most of the bird brains in this conflict are on the other side.