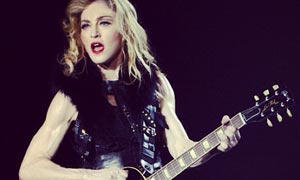 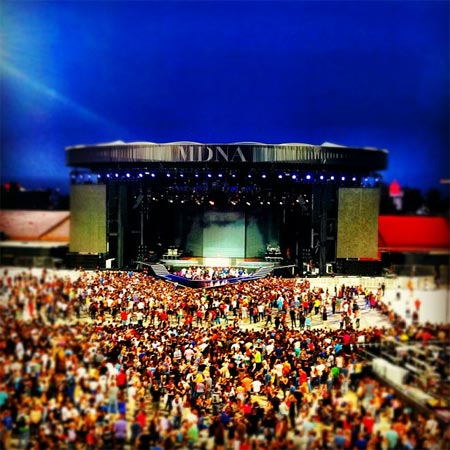 As I begin this post, Madonna just tweeted “ARE YOU READY TEL AVIV! #MDNA” from the opening show of her international MDNA tour. But it hasn’t been all fun and games. On Wednesday she met with the founders of The Palestinian-Israeli Peace NGO Forum as well as with Yariv Openheimer, the executive director of Peace Now. Dubbing her tour a Peace concert, she donated 600 tickets to her show to Israeli and Palestinian peace activists. Veteran journalist Ron Pundak, who also met with Madonna, told Haaretz that aside from Jewish peace activists, “there will be many Palestinian and Arab-Israeli activists” at Madonna’s show.

But at least one “peace” group is not going to attend. Our good buddies at the moribund Sheikh Jarrah Solidarity Movement released the following “holier than thou” statement:

Tonight, Madonna will open her world tour with a concert in Israel, which she has dedicated to â€˜Peace’… Several peace and human rights organizations were offered free tickets to the concert, Solidarity Movement among them. We have decided not to accept this invitation… When Madonna, who on several occasions has demonstrated her support for the Israeli policy and its leaders, holds a â€˜Peace concert’, she empties the word â€˜peace’ from any substantial meaning. Madonna has never criticised the Israeli occupation, its separation policies, or its regime of privileges… Therefore, we believe that the reason she sought the presence of Israeli peace activists was to further a public image of an artist who promote (sic.) peace in the Middle East… We refuse to be a public relations gimmick for Madonna at the expense of the Palestinians. This is not our way.

Of course, they make no mention of the fact that their attendance would be in violation of the International Boycott, Divestment and Sanctions Campaign, that we all know, as per such luminaries as Noam Chomsky and Norman Finkelstein, is just a thinly veiled project whose aim is to eliminate the State of Israel. They’re also pissed that Madonna has never made any peace overtures before and so therefor anything she does now must be shut down immediately.

Not that this is going to be good enough for those tools from Solidarity, but here’s Madonna’s message of peace which she shared with the audience in between sets:

“I chose to start my world tour in Israel for a very specific and important reason,” she said, to wild applause and cheering. “You can’t be a fan of mine and not want peace in the world,” she said. “We all bleed the same colour.” “If we can all rise above our egos and our titles and the names of our countries and our religions, and treat everyone around us with dignity and respect, then we are on the road to peace. “If there is peace here in the Middle East, there can be peace in the whole world.” 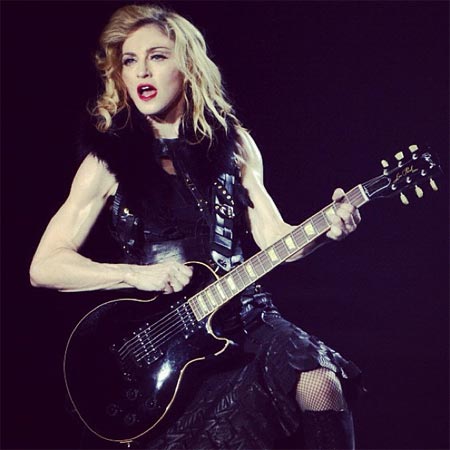 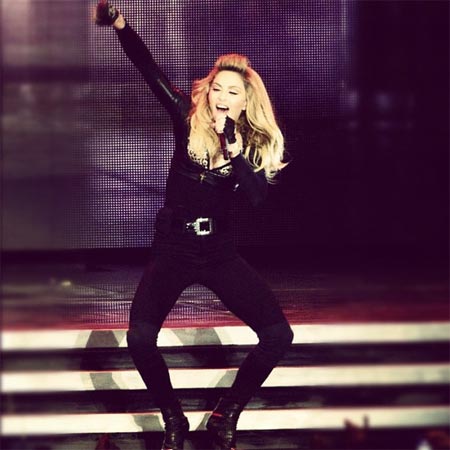 Madonna on stage in Tel Aviv 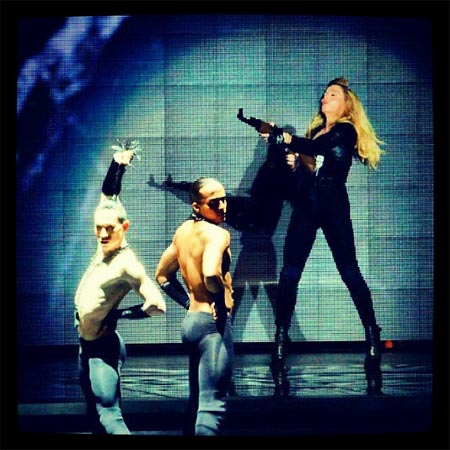 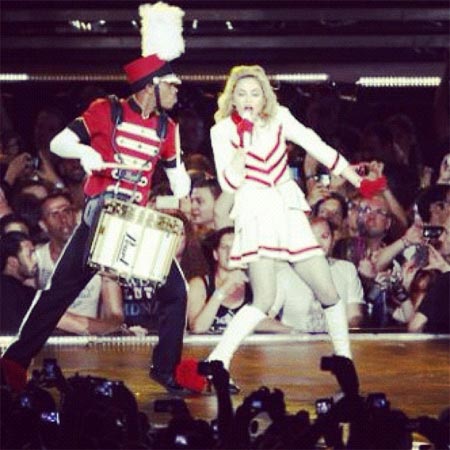 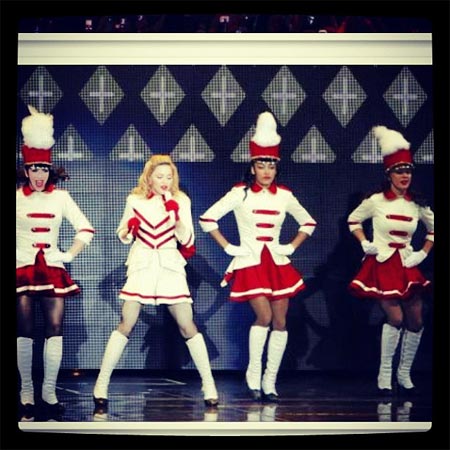 But whatever, despite their questionable musical tastes (I’m not what you would call a big fan of Madonna), 30,000 people in Tel Aviv are, as we speak, enjoying a sold out show put on by one of the world’s most popular musical performers. And to that I say, suck it BDS. #FAIL

And for those of you who aren’t at the show, but still want to share the uh… magic, here’s a 90 minute recording of the practice from 2 days ago:

90 minutes after I started this post, Madonna ended the show by wishing the assembled a “Shabbat Shalom.”

In the interest of fairness, I should share with you this cute video of the Amira Brothers of Ni’lin, which is in the West Bank. See, they are apparently huge Madonna fans and they bought tickets to the show. However, they can’t get to Tel Aviv because they are on the other side of the wall. Watch this sad story unfold:

One of the brothers apologizes to Madonna for not being able to make it to the show. He blames Israeli apartheid, suppression and oppression, the wall etc. but makes no mention of the legion of horrific terrorist acts perpetrated by infiltrators on his side of the fence that necessitated the construction of the barrier – only 13% of which is an actual wall. But whatever. everything here is politics. Or religion. Shabbat Shalom!