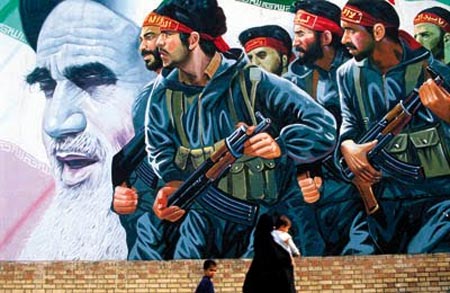 Regarding strategic relations, British Prime Minister Winston Churchill once declared, â€œIf Hitler invaded Hell, I would make at least a favorable reference to the devil in the House of Commons.â€ The hard truth about affiliations in wartime is that there is no such thing as â€œfriendsâ€: the only options on the menu are enemies, allies, and neutrals. At first blush, the relationship between Shia Iran and Sunni Al Qaeda seems destined for discord. Except they share a common interest that seems to supersede their differences: assaulting the United States and its allies.

Confronting such an alliance makes the devil seem quite mild by comparison.

In a two-phased analysis released by The Long War Journal, senior terrorism adviser Thomas Joscelyn disputed statements by the Combating Terrorism Center (CTC) at West Point that Iran-Al Qaeda relations were deteriorating, claiming the CTC’s report was based on a slim release of declassified documents. A series of other documentation, including records from the U.S. Department of Treasury, point to a long history of instances of collusion between Al Qaeda and Iran. 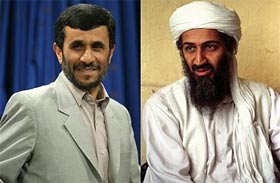 By exposing Iran’s secret deal with Al Qaeda allowing it to funnel funds and operatives through its territory, we are illuminating yet another aspect of Iran’s unmatched support for terrorism. Today’s action also seeks to disrupt this key network and deny Al Qaeda’s senior leadership much-needed support.

On the surface, it may seem that relations between the Iranian government and Al Qaeda leadership are antagonistic: Iran has held Al Qaeda suspects under house arrest, controlled operatives’ freedom of movement, and closely monitored their activities in the region. However, these actions seem more of an attempt to prevent the U.S. from crying casus belli, as well as prevent the terrorist organization from becoming too strong to handle on Iranian soil. Al Qaeda is certainly no Iranian puppet, and the two entities have come to temporary blows in the past, but upon closer observation there are just too many benefits to maintaining a strategic alliance against the U.S. And whenever Al Qaeda has taken a beating â€“ whether it be from drone strikes or other assassination campaigns in Iraq, Pakistan, Yemen, and North Africa â€“ you can be sure that Iran opened the doors wide for their beleaguered brothers, providing an outpost that has remained nearly untouched by U.S. security forces for the past decade.

In a recent news update, Iran is now courting its Central Asian neighbors in an effort to counteract NATO influence as foreign troops exit the region. Suddenly, Afghanistan and Tajikistan are the popular girls on the block. U.S. policymakers should think twice about these renewed partnerships. Despite a certain haziness permeating Iran-Al Qaeda relations and other alliances during a number of events, Iran remains a critical strategic hub for Al Qaeda as the two entities continue to work towards a common goal.

The Pressing Questions: At which point will the alliance between Iran and Al Qaeda no longer be beneficial to each party, and how can the U.S. and other allies exploit that point of departure?