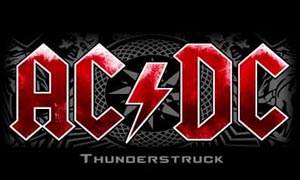 Well, it seems someone has infected the computers at Iranian nuclear facilities Natanz and Fordo. The attack was so severe that the automation network had to be shut down. Among the nasty things the virus did was make random computers play “Thunderstruck” by ACDC at full volume in the middle of the night. Much like Stuxnet, this new virus also attacked the Iranian’s Siemen’s hardware. Unlike Stuxnet however, which cost an estimated $3 million to develop, this virus was built using a free, open source computer security script called Metsploit. What does that mean? It means that in all likelihood, the Iranian Nuclear program was ground to a halt by some teenage script kiddies. Very impressive Mahmoud.

Regardless of your politics, do you really want a country whose computers get infected more often than $5 meth addled hooker, to possess and control nuclear weapons? Uhm… Not so much.