Birthright Israel, Snow in Jerusalem and Giving Back 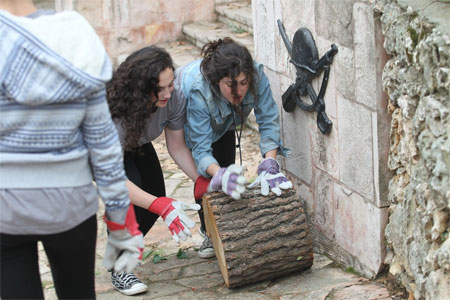 Those of you who followed my twitter feed, or had any friends visiting or living in Israel last week, were in all likelihood inundated with photo after photo of Jerusalem buried in three-days worth of snow. There were snowmen and Haredim covered in snow, the Kotel covered in snow – basically everything covered in snow. Jerusalem hasn’t had this much sustained snow in forever – and it was glorious! And when it started to melt, as it mostly has by now, it looked like north-eastern spring. Which of course it isn’t – there’s plenty of winter left here in the Holy Land. In any case, pretty much all of the fallen tree branches and power lines have been cleared and things are back to normal.

However, in less visible parts of Jerusalem, like say the Mt. Herzl Military cemetery, it’s still quite the balagan (mess). City clean up crews focused their efforts on getting cars, buses and pedestrians back in business, but the grave sites of our fallen heroes have not been a top priority. Until this week that is when Taglit Birthright Israel decided to send visiting trip participants to Mt. Herzl to help in the clean up efforts. The pictures below are from today when a group from Florida cleaned a large section of the graveyard where Yoni Netanyahu (the commander of the Raid on Entebbe), David Elazar – Israel’s 9th Chief of Staff and the American Lone Soldier, Michael Levin, who was killed in action during the Second Lebanon War, lay to rest.

As an Israeli, a Jerusalem resident, and one who cares deeply about the sanctity and dignity of our fallen heroes, it is now my turn to thank Birthright Israel participants for taking time off of their 10-day trip to help out in such a touching manner. Seriously, you guys rock! 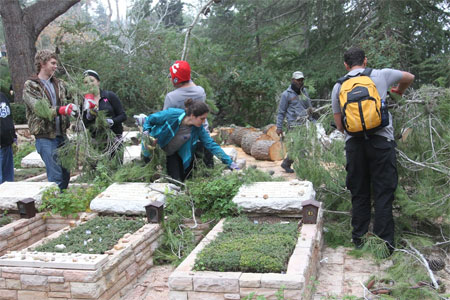 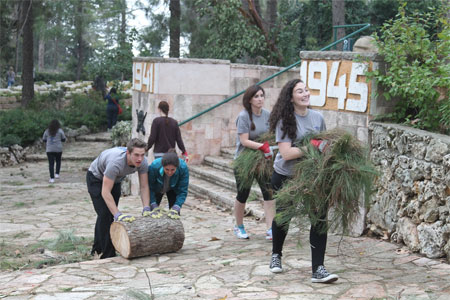 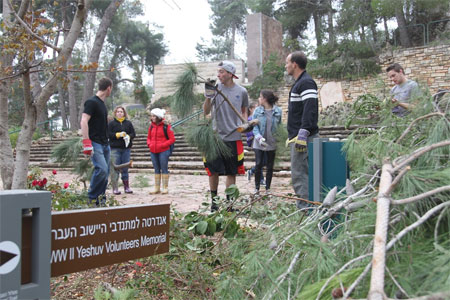 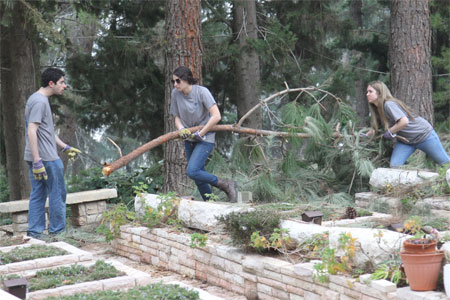