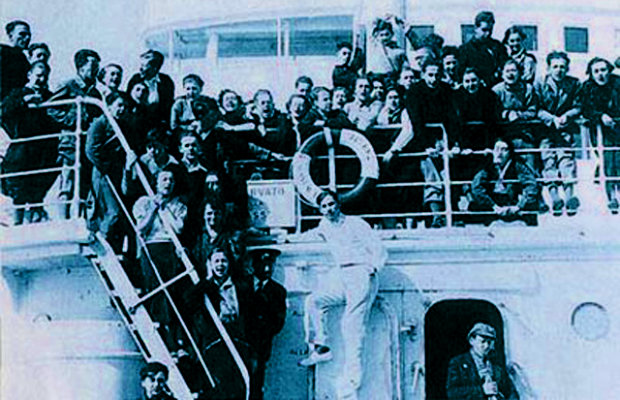 The State of Israel came into being thanks to tireless work and impossible sacrifices by great leaders and olim like Golda Meir, David Ben-Gurion, Menachem Begin and countless others. Today, Israel is a thriving and well established nation. It’s continued vitality and viability is being assured, in part, thanks to a new generation of young olim who are helping develop and direct the future progress of Israel. The following ten young olim have moved to Israel, have overcome innumerable barriers and are helping direct the future course of the Jewish and Israeli people.

Meet 10 young olim who are making a difference in Israel. There isn’t even the least pretense that this list is exhaustive or definitive. However it is indicative of the high level of contributions that olim can make to Israel when given the opportunity. They’re not draining swamps or building kibbutzim from scratch but they, and many others like them, are an integral part of our collective ongoing nation building process. 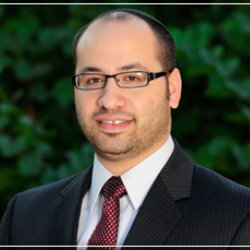 Etan Cohen
Etan Cohen currently works in the Israeli Ministry of Finance‘s Budget Department, where he deals with national infrastructure challenges. Previously, he served as an advisor in the Ministry of Strategic Affairs in the Prime Minister’s Office and he worked on a national security task force at the Reut Institute in Tel Aviv. He completed his military service in the Policy Directorate’s Military-Strategic Information Section. Etan received his MA from the Hebrew University and his BA from Swarthmore College. When not working on government strategy, Etan volunteers for a special Taglit-Birthright Israel trip for students from liberal arts colleges. Born and raised in New Jersey, Etan came to Israel 6 years ago and recently married a Sabra. 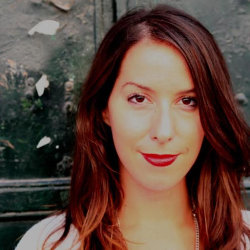 Cynthia Ferman
Cynthia Ferman works in the Foreign Affairs and International Media Office for the Mayor of Jerusalem, Nir Barkat. In her position, she works to help promote and defend Jerusalem in the broader global community. As one of the most complex cities in the world, sacred to over three billion people across the globe, the challenges and opportunities are never boring. In this capacity, she helps cultivate and build relationships between the Mayor and key strategic interests. She works with engaging the diplomatic community, foreign media, business interests, religious organizations and helps advance several of Mayor Barkat’s initiatives to revitalize Jerusalem. Passionate about the Jewish People, Cynthia also sits on the American Jewish Committee’s young generation program, ACCESS, global steering committee and co-chairs ACCESS’ Latin-American and Latino Jewish Task Force.

Prior to making aliyah, Cynthia spent three years with the U.S. State Department working in U.S. public diplomacy in Washington, DC and at the U.S. Embassy in Buenos Aires, Argentina. She finished her master’s degree from emecusing ont and Not-For-Profit Accounting. Cynthia is Brazilian-Americndvepublic sector entities. 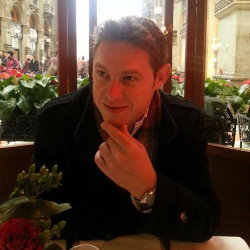 Jonathan Javor
Jonathan leads the newly formed Young Aliyah Department of the City of Tel Aviv-Yafo, where he works to help integrate and promote the growing Oleh population in Tel Aviv. Previously, Jonathan also ran for city council on Mayor Ron Huldai’s election list, Tel Aviv1, served as the English-language campaign manager for Prime Minister Netayahu’s re-election campaign and worked in several other capacities with Knesset Members. Jonathan also served in the IDF as a tank gunner and completed two tours of duty each in Lebanon and Gaza.

Outside of his professional life, Jonathan is also an active leader in Tel Aviv’s young international community, where he fuses his personal and professional mission to help olim stay here and succeed in Israel. Jonathan is originally from London and received his BA in War Studies with a focus on the Middle East Peace Process and an MA in Intelligence and International Security. 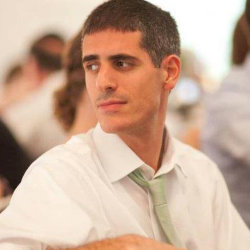 Avi Mayer
Avi Mayer is the Spokesman to the International Media at The Jewish Agency for Israel, the largest Jewish nonprofit organization in the world. He also maintains a robust personal social media presence and is frequently cited by journalists. You can also find Avi in several international news networks commenting on Israel and Middle East affairs. Avi and his work have been featured in the New York Times, Washington Post, BBC, Al Jazeera, Associated Press, Wall Street Journal, amongst others.

In 2013, Avi was named by The Algemeiner as one of the “Jewish 100”—the top one hundred people influencing Jewish life. Avi was born in New York and spent time in Israel before moving to Israel in 2008 to serve in the Israel Defense Forces as the military spokesman to the foreign press. Avi is a graduate of the University of Maryland, he has worked for the U.S. House of Representatives Committee on Foreign Affairs; the Embassy of Israel in Washington, D.C.; Hillel: The Foundation for Jewish Campus Life; and the American Israel Public Affairs Committee (AIPAC). 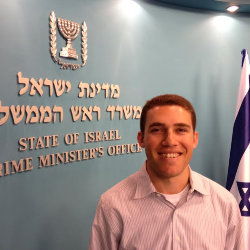 Jonathan was an officer in a IDF combat reconnaissance unit and currently holds the rank of Captain. Jonathan holds a degree in International Relations and Political Science from Hebrew University and is currently pursuing his master’s degree in master’s degree in international law and national security from Hebrew University. Jonathan made Aliyah from Woodmere, New York after completing high school. 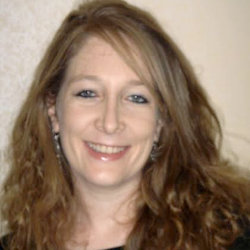 Caylee Talpert
Caylee Talpert works as the Director of Special Projects at the Pears Innovation and International Development Program at Tel Aviv University. Her role in the program includes developing community building and capacity building projects and supporting members of the IsraelDev grassroots community to implement their projects. Caylee is also part of the founding team of the The IsraelDev Network an entrepreneurial community dedicated to harnessing Israeli innovation and technological expertise to address challenges in the developing world.

Caylee has worked in a diverse array of positions around the world including serving as National Chairperson of the South Africa Union of Jewish Students, a Goldman Fellow in AJC‘s Africa Institute in New York, working in a rural village in Nepal and as an analyst for a boutique investment bank in Tel Aviv. Caylee holds an Msc in International Development from the London School of Economics as well as a business degree from the University of Witwatersrand in South Africa and an MA in Israeli Politics and Sociology from the Hebrew University of Jerusalem. 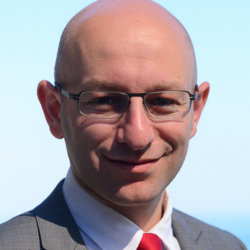 Arsen Ostrovsky
Arsen is the Director of Research at The Israeli Jewish Congress, an Israeli-based organization devoted to strengthening ties between Israel and Jewish communities in the Diaspora (especially Europe) and between Israel and Europe on a diplomatic level. Also an international human rights lawyer and journalist, Arsen specializes in Middle East foreign policy and national security, Israeli – European relations, anti-Semitism and various issues relating to the Jewish community and Diaspora relations. He is frequently published in leading news publications in Israel and around the world, as well as offering expert commentary on radio and television and as speaker at international conferences.

Prior to making Aliyah, Arsen was a Research Fellow at the Hudson Institute in the United States and has also served as a Foreign Policy adviser to a Member of Knesset and practiced as a litigation attorney at a global law firm in Australia. Arsen grew up in Sydney, Australia and made Aliyah in 2012. 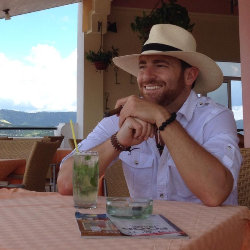 Barak Raz
Barak Raz was most recently the IDF Spokesperson for the Judea & Samaria Division, where he was responsible for communicating updates and IDF policies on the security situation. Barak was a leading user of social media to inform and update the world on what was happening in Judea and Samara. He dispelled myths, provided explanations of military maneuvers and provided access to timely information from on-the- ground to news outlets around the world. Through the use of traditional and social media he provided viewers a sneak peak into the security and terrorist activities happening in the area. Previously, he served as an Head of the North American Media Desk, Foreign Press Branch Operations Officer, Commander and Instructor at the IDF School of Communication. For him the decision to make Aliyah was rooted in a strong identification with the Zionist idea, but also a desire to be an active contributor to the future of the Jewish State and the Jewish people.

Barak has a MA from Tel-Aviv University in Contemporary Middle Eastern Studies and a BA Political Science & Judaic Studies from SUNY Binghamton. Barak emigrated to Israel from Queens, New York. 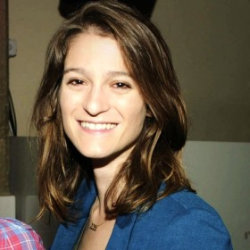 Sarah Weil
Sarah serves as a community leader for the LGBTQ community in Israel. Originally from Fresno, California, Sarah moved to Israel to pursue religious studies. When she arrived to Jerusalem, she noted that her community’s social calendar centered on Tel-Aviv. The problem was that these tended to be big, brash parties that didn’t totally reflect her sensibilities and did not take place in Jerusalem. The few events that did take place in Jerusalem were either super serious or merely imitations of what was going on in Tel-Aviv. Thus, with little fanfare, no budget and no organizational support, Sarah began the Jerusalem’s Women’s Gatherings which has evolved into one of the most popular LBTQ communities in Israel.

Sarah finished her BA in Philosophy from the Hebrew University and is now in the process of completing her Master’s in Philosophy at the same institution. 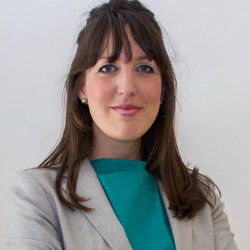