Netanyahu Pretty Sure He Was Supposed To Get Primae Noctis 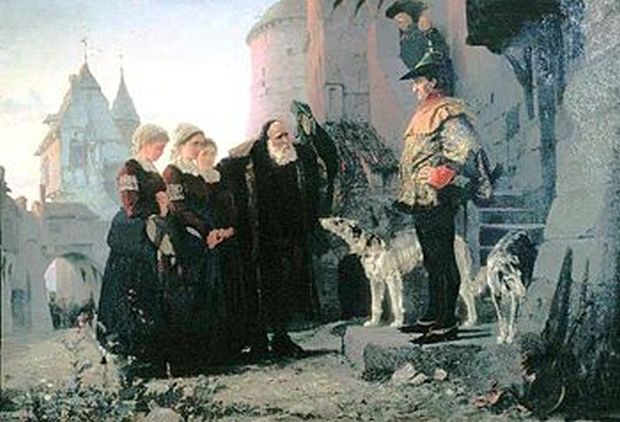 Jerusalem, June 29 – Seven years into his current tenure as prime minister, Binyamin Netanyahu is still searching through Israel’s legal code to find a provision that mandates his right to sleep with any bride before her husband does.

Droit du seigneur, as it is known, or jus primae noctis in Latin sources, has traditionally been associated with a political or military leader, whose position gives him the privilege of bedding any bride, preferably on her wedding night, prior to the marriage’s consummation. Netanyahu, 66, has been looking for the codified law since he reassumed office in 2009 after an eleven-year stint out of power, according to sources in the Office of the Prime Minister.

“It’s got to be here somewhere,” the premier was heard to mutter as he flipped through a section of Israel’s code of laws. “Maybe I ought to search British or Ottoman laws?” Unless specifically overridden by Israeli legislation, pre-existing laws from prior sovereignties are still in force under the current system, noted constitutional experts.

“Netanyahu is right that droit u seigneur was practiced locally,” explained legal scholar Hal O’Fernes. “The Talmud, in the early Third Century CE, explained earlier sources redacted in ancient Judea as taking for granted the prior existence of the practice. Bibi might not actually need to find a specific law allowing him to bang every bride in the country if he wishes – given that Israel adopted existing laws from the previous rulers of the country by default, he might just have to prove that none of the Seleucid, Hasmonean, Roman, Byzantine, Rashidun, Umayyad, Abbasid, Fatimid, Seljuk, Crusader, Ayyubid, Mameluk, Ottoman, or British rulers since then have barred the practice, and claim it’s still in force.”

Aides to the prime minister, speaking on condition of anonymity, said there were specific women he had in mind. “You should have seen the mood he was in when Bar Refaeli got married, and Bibi still hadn’t found the passage he was looking for,” recalled one. “I was glad to be out of the office that day, from what my coworkers tell me.”

“We all know Bibi has had trouble keeping his zipper closed,” said another, referring to reports of Netanyahu’s marital infidelity that dogged him last decade and the one before. “It would be perfect for him to find some legal sanction that grants legitimacy to letting his libido run wild.”

“At least he would keep things interesting,” responded the first aide. “Imagine a Prime minister Herzog. He’d be in bed by eight every night.”