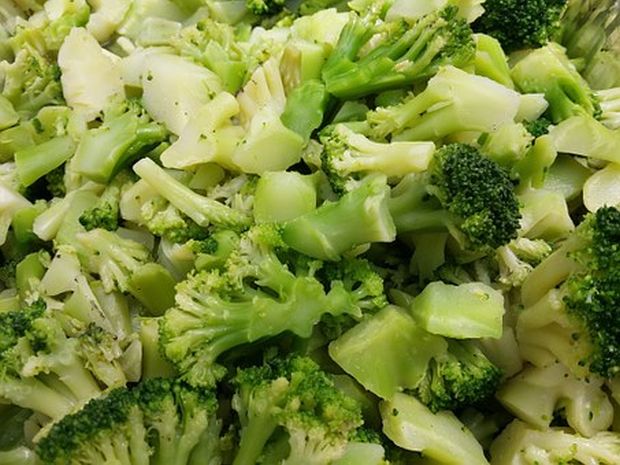 She contends cream corn was displaced by the broccoli and is the rightful occupant of the left side of the plate.

Givatayim, December 8 – Harari family members remained divided today over how to handle the extremist positions of dinner participant Shira, who denies the legitimacy of tonight’s vegetable side dish, and calls for its destruction.

The hardliner, 7, refers to broccoli as “that vegetable thing,” refusing to call it by its name, and will not allow the cabbage-related dish to touch her plate or other utensils. Moreover, while under most circumstances Shira will gladly help herself to the leftover meat or potatoes from others’ plates, if those plates contain broccoli – or contained broccoli at the current meal – she will decline, in maintenance of a secondary boycott. Her demands include the removal of broccoli from the menu, to be replaced by creamed corn, which she contends was displaced by the broccoli and is the rightful occupant of the left side of the plate.

Shira’s parents, Guy and Orit, disagree as to the proper approach to the hardliner’s intransigence. “She will eventually adopt a more pragmatic approach as time goes by,” assured Guy, who insists on withholding dessert or other privileges if Shira does not relent. “Accommodating this behavior only encourages more, and emboldens the hardline elements of Shira’s psyche to make more and more unreasonable demands. What’s next, schnitzel for dinner every night?”

Orit, however, voiced concern for the impact of such harsh measures. “I don’t like these power games,” she cautioned. “You have to pick your battles.”

Shira’s brother Ro’i backs an even more extreme response than his father, and calls for the imposition of actual sanctions. “Don’t give her any food at all, as far as I’m concerned,” argued the ten-year-old. “Let her starve. It’s not fair that the rest of us have to eat all our food and she gets to make a big deal out of it because she’s weird. I’ll take her dessert, by the way.”

Merav, the eldest, called out what she called Ro’i’s hypocrisy. “Uh, you’re one to lecture her,” she challenged. “Who sneaks the overdone edges of meat onto Dad’s plate when he’s not looking? Sensitive little brat. She’s right about the corn. I have nothing against broccoli, but why does its place on the dinner table have to come at the expense of the corn? Put it somewhere else.”

Dessert time arrived and the family was still at an impasse. Shira’s plate remained broccoli-free, but the serving dish with the vegetable sat a short distance away, and other family members are already enjoying their chocolate mousse. Merav was caught trying to slip her little sister a bite or two of the delicacy.