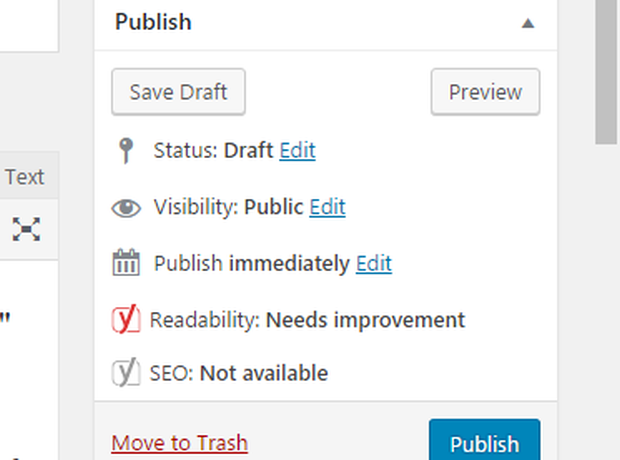 “I write in Biblical Hebrew, which doesn’t even use vowel markings, let alone periods or commas,” he explained.

Mount Horeb, January 4 – The Israelite lawgiver known as Moses announced a shift from the blogging platform WordPress to the use of parchment, ink, and quills after getting fed up with the online utility’s unreliable scoring of his composition’s readability.

Charged with recording the divine Law called the Torah in written form, Moses initially considered the WordPress interface ideal, as it allowed him to format the Torah as a series and track the sections for intertextuality. Additionally, the storage of the emerging document in the Cloud of Glory meant not having to worry about losing his files if, for example, a hole opened in the Israelite camp and swallowed things. However, Moses discovered that WordPress’s composition interface now includes an algorithm to rate the readability of a composition in real time, and seldom, if ever, did that algorithm recognize any portion of the Torah he had written as better than “Needs improvement.”

“I started out the book of Exodus with a rating of “OK,” but that disappeared as soon as I put a few words in,” he recalled. “I don’t need that kind of distraction and negative feedback when I’m trying to put the eternal into finite words and phrases. From now on I’ll make do with media that don’t presume to know more than I do about Biblical poetry.”

Moses noted that when he was transcribing the Song at the Sea, a poetic passage in Exodus characterized by epic, effusive language, the WordPress readability rating remained red, meaning inadequate. “That was some of the finest, most literary content I’ve ever written, and probably will ever write, especially over that length of text,” he said. “But WordPress seems to want something entirely different, and it has become clear that it’s simply not compatible with my composition needs.”

“There’s also the fact that apparently, WordPress expects its users to use punctuation, but I write in Biblical Hebrew, which doesn’t even use vowel markings, let alone periods or commas,” he explained. “Also, the orthographic sensibilities of Hebrew words are different for me and for whatever WordPress’s spelling database represents, so a good number of my words get marked with squiggly red lines. Trust me, I know how to spell. I practically wrote the book on ancient Hebrew.”

A spokesman for WordPress voiced regret at Moses’s decision, saying it was too bad the greatest of prophets had not chosen to experience the unique interface the outfit offers for the Tablet environment, which would suit the lawgiver’s needs.