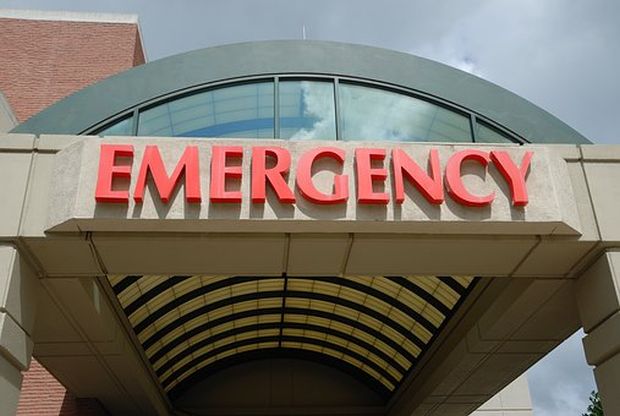 Medical facilities in New York, Berkeley, London, Paris, and other strongholds of anti-Israel feeling in the West have experienced an marked increase in outpatient demand.

New York, June 8 – Hospitals around the world reported an influx of emergency room patients with finger and wrist injuries over the last week as a result of wringing their hands in response to the passage of five decades since Israel assumed control over territories previously held by Jordan, Egypt, and Syria.

Medical facilities in New York, Berkeley, London, Paris, and other strongholds of anti-Israel feeling in the West have experienced an marked increase in outpatient demand for orthopedic treatment of contusions and strains involving the carpals, metacarpals, phalanges, and the various connective and muscle structures of the hands since discussion of the anniversary of the 1967 Six-Day War began to take a prominent place in the media. The facilities reported that close to one hundred percent of the cases were attributed to hand-wringing by the patients over various aspects of the conflict’s lingering aftermath.

At Bellevue Hospital in Manhattan, administrators remarked on the spike in hand-wringing-related injuries, which they noted were occurring in many places at the same time. “We were prepared for this eventuality, given the buildup of media coverage over the last several months,” remarked Bellevue Assistant Emergency Room Director Dr. Libby Ruhl.  “We also have had time to study the public-health trends that have been developing since discussion began months and months ago of the impending centennial of the Balfour Declaration later this year. Our medical staff and procurement staff noted the uptick, and correctly foresaw there would be such a spike.”

Not all hospitals saw the wave coming. “We’re challenged,” acknowledged Dr. Dhimmi al-Sham, Director of Emergency Medicine at Saint Antoine Hospital in Paris. “While we were not exactly blindsided by the upswing in hand-wringing injuries, given the noise in the media about the Occupation™, we never expected it to reach this scale.” Dr. al-Sham observed that his hospital is much more accustomed to treating injuries stemming from people bending over backwards not to appear Islamophobic.

Treatment for hand-wringing is relatively straightforward, but time-consuming, noted Dr. Ruhl. “the patient has to be coaxed to relax his or her grip and to get a grip at the same time,” she explained. “In terms of immediate treatment, that’s a simple procedure. But symptoms will recur all the time unless the patient adopts a consistent practice of refraining such extraneous manual muscle activity. This can be facilitated by avoiding sources of stress related to the Occupation™ mania. Unfortunately, few of our patients are one-time visitors in that respect.”