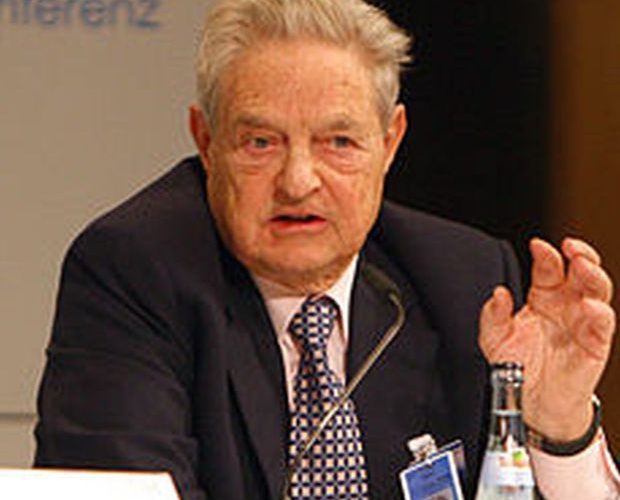 “The sense of nausea and dread is overwhelming,” confessed a staffer who asked not to be identified.

Budapest, July 12 – Aides to philanthropist and political activist George Soros scrambled to perform damage control today after reports emerged that the billionaire had provided support for an organization that does not see Israel’s existence as illegitimate nor calls for its destruction.

As several executives of the Open Society Foundation promised a full investigation, others called for new layers of oversight to ensure that such a serious breach of policy never recurs. According to several witnesses, turmoil within the higher echelons of the organization led to several shouting matches over who bore responsibility for informing Soros of the debacle.

“The sense of nausea and dread is overwhelming,” confessed a staffer who asked not to be identified. “We’ve never messed up this egregiously before, at least not in my ten years here. I do not want to be in the room when the designated poor schmuck tells Mr. Soros what happened.”

Officials at Open Society assured reporters that all protocols regarding the profiles of beneficiary organizations had been followed, and that it appeared that a technical loophole in the procedures had let one enterprise in, but not through the incompetence or malice aforethought of any Open Society employees.

“We are already working to identify how to prevent this breach from being further exploited,” announced Ann Tissemitt, a member of the organization’s board. “It seems that in this case, we approved funding for a group that styles itself the Bangladesh Dramatics Society, or BDS, and our committee made an erroneous assumption about the identity and purpose of the applicant. While the error is understandable, we cannot countenance another occurrence of such sloppiness.”

Tissemitt asserted that she had already drafted six proposals for preventive measures, including the addition to aid applications of an essay section in which the potential grantee must discuss the intensity, origins, and specific manifestations of anti-Zionism in its history and goals. “Once is too much,” she snapped.

Such a disaster came close to occurring once before, according to the second anonymous staffer, but officials at Open Society believed the incident was a fluke. “We were close to providing a grant to something called the Palestine Endowment Fund, which distributes donations to lots of local or community organizations there,” she recalled. “But then someone noticed that the fund is only called that because it was established before Israel declared statehood, but it donates only to Jewish causes. It’s a good thing we caught that, because who knows what would happen if we supported a day center for Jewish senior citizens?” She shuddered at the thought.