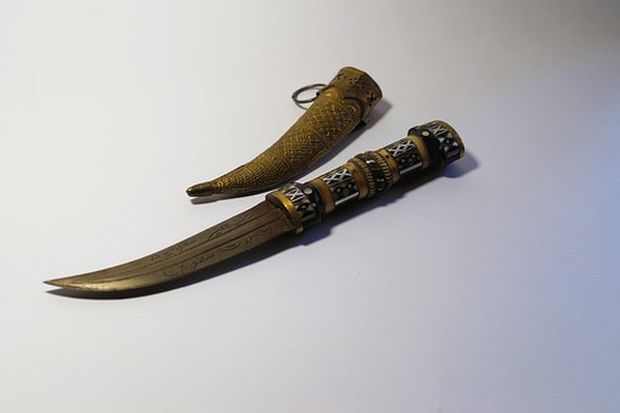 Even the minority of non-American respondents who did not liken hearing American-accented Hebrew to having one’s toenails pulled out with pliers nevertheless rated the experience as negative.

Jerusalem, December 26 – A survey of both native-born and longtime-immigrant Israelis reveals that most would rather undergo traumatic physical assault than be subjected to hearing Hebrew spoken with an American accent.

In a paper to be published in the journal Linguistics next month, the study examines the reactions of almost eight hundred respondents asked to rate how unpleasant they found the prospect of certain experiences, among them hearing an American speak Hebrew and being stabbed by a Palestinian terrorist. The researchers found that for more than three quarters of those who answered, getting stabbed represented a less severe potential trauma than hearing the American.

Lead researcher Annie Ipparon disclosed in an interview that when respondents were asked to rate the potential experience of hearing the American speak in a halting manner, inserting English terms when he or she could not recall the Hebrew equivalent, the three-quarters figure jumped to 95 percent.

“It actually makes me cringe just talking about it,” confessed Dr. Ipparon. “When we were conducting the study, we had to talk to hundreds of people, and just the one or two who answered with thick American accents made me want to crawl into a hole and die.”

Other experiences a majority of the respondents rated as less negative than hearing an American butcher Hebrew included waiting in line at the DMV, being waterboarded, and being waterboarded while waiting in line at the DMV. Even the minority of non-American respondents who did not liken hearing American-accented Hebrew to having one’s toenails pulled out with pliers nevertheless rated the experience as negative, on par with hearing Donald Trump and Bernie Sanders engage in a competition over which could enunciate the word “huge” in a more ridiculous fashion.

“People feel strongly about this, for sure,” remarked Lee Shborshin-Nayim, a linguistic psychologist who was not involved in the research. “The data on this are relatively scant at this stage, but I could have told you, based on previous studies, that American-accented Hebrew caused aversions in subjects even stronger than fingernails on a blackboard and orange juice after tooth brushing.”

One intriguing element of the survey involved the discovery that only the American accent produces such a strong negative reaction; whereas a Russian, British, French, Spanish, or other accent evoked some level of amusement or curiosity, in some cases even a romantic thrill, hearing an American speak Hebrew without some effort to adapt to the different phonetic nuances of Hebrew consonants and vowels produced only disgust.