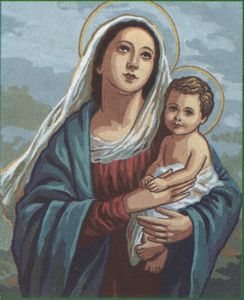 What can I say, this week I plan to be in synagogue essentially beseeching GOD to forgive my trespasses.

Ah yes, I still recall how just a few days ago I said in a different prayer, “Uteshuva, utefilla, utzedakah maavirin et roa hagzerah.” Roughly translated, this means that if we should repent, pray and be righteous/generous benefactors to those who need, then the harshness of GOD’s decree with respect to our lot in life – including the possibility of death – will be mitigated.

We then enter the period of the ten Days of Awe culminating in Yom Kippur’s Kol Nidre and the remainder of the Day of Atonement as we hope that GOD will seal us “well” in his petite but handy BOOK (does GOD write from left to right or right to left?).

Now if you had the week I just had, you would be wondering whether GOD has it in for The Middle and is about to launch some whoop-ass his way; wants to help The Middle but first make sure The Middle remain anxious – and very humble – about the future; or simply wants to further confuse The Middle with respect to his entire already shaky foundation of faith.

I really just wanted to tell you that Ma’ariv has published a report that some Safed (Tzfat) rabbis who specialize in the study of Kabbalah are plenty angry with Esther Madonna for a song in her upcoming new album “Confessions on a Dance Floor.” The song is called “Isaac” and it is not at all about Isaac Ben Lolo, the erstwhile friend of ck, but rather it is about the fabled 16th Century Kabbalist Isaac Luria. 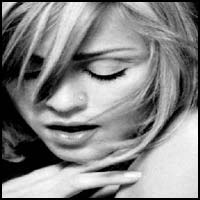 Yup, some rabbis cannot imagine the lithe, scantily-clad, Madonna standing on a stage or a recording studio singing about their beloved master.

Or perhaps they can imagine this and are somewhat upset by the image. Worse, without even having heard it, they presume the song is going to defile his memory and that, in fact, there is no place in song generally for a pure master such as Rabbi Luria.

I don’t know why they’d think an album with the name “Confessions on a Dance Floor” isn’t going to offer demure and mellifluous songs like those we would expect from Barbra Streisand or Tammy Faye Baker. I mean, I’m positive the album will put people to sleep. 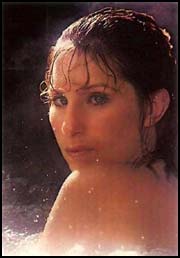 So anyhoo, some reporter from Maariv had a slow day and decided to visit a couple of these rabbis. At least I hope that’s what happened because the alternative is that the Tzfat Rabbinical Council sent a press release to Ma’ariv. Nah, that would never happen. A newspaper printing a press release as a news story? Impossible!

So yeah, they’ve got a couple of rabbis on record saying nasty things about the queen of, uh, pop music. First, Rabbi Israel Deri, who seems to have some important job handling important religious issues, recommended Madonna be cast out and ostracized from the Kabbalah community.

Then, Rabbi Rafael Cohen who heads a yeshiva named after Luria, suggested that,”

Translation: “It is absolutely halachically forbidden to use the name of the holy ARI (Luria) in order to create profits. Her action is simply inappropriate and I can do nothing but feel pity for [Madonna] because of the punishment from the heavens that she will receive. The ARI is holy and pure, and people who are not bearers of tzniut may not sing about him.”

Don’t worry yourselves too much about this, folks. The forward march of pure and holy Kabbalah drinking water (which I believe is filtered and bottled somewhere in Ontario and therefore must be quite healthy and transformative, and I say this having seen dead fish wash up on Lake Ontario’s beaches) is certain to continue.

AP article about the article in English.