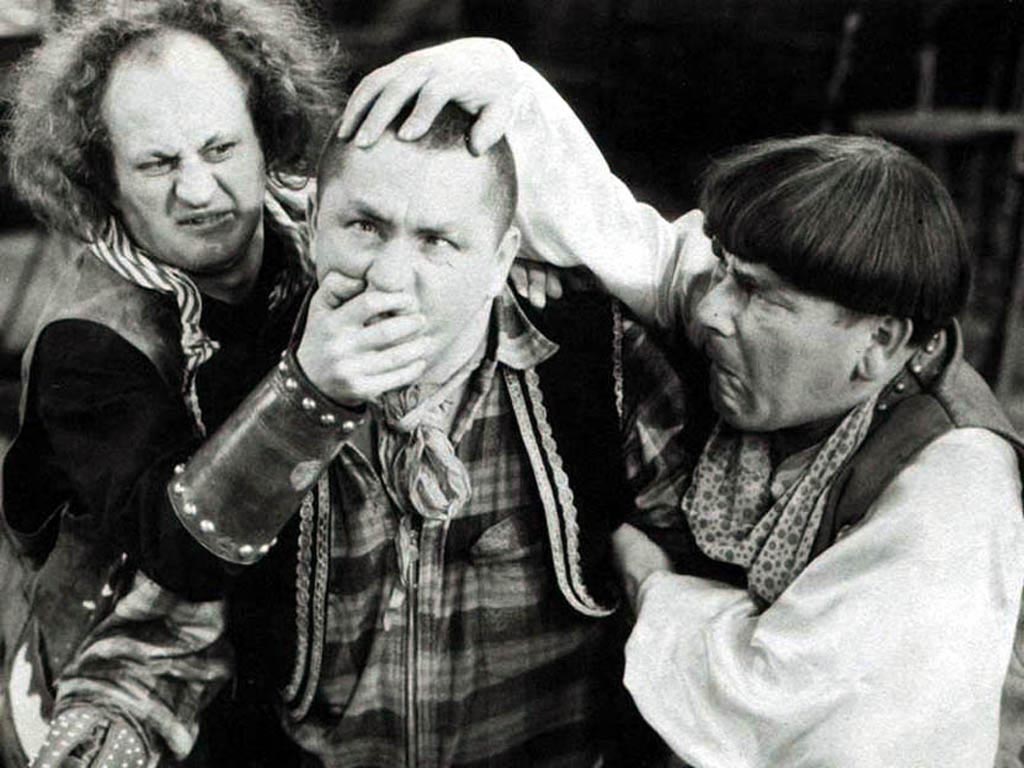 (I have to point out for the record that the Report states conclusively that the war was not only not pre-planned by Israel, it was run without any deep consideration of the implications of the war. This should put people like Juan Cole and others on the Left who have been trying to lay the blame for the war at Israel’s feet by claiming that it had been planned by Israel all along back in their little cubbies looking for the next piece of false accusation that they can plaster all over the Internet so that Walt & Mearsheimer can introduce it into their upcoming version of the Protocols).

Anyway, the point of the Report isn’t the incompetence of this leader or that. Rather, it reflects the incompetence of the Israeli government and military in general. Essentially, the country has come to be run by unqualified buffoons who are very good at ass-kissing and playing politics but very bad at governing and leading a country. This amateurishness is amplified by the constant pressures that affect Israel from both within and without. Israel would be a challenging country to run for any leader, and eventually has led to the downfall of most of its previous leaders at one point or another, but somehow the system in Israel which allows people to move ahead in politics and the military has become so distorted and different than the needs of the country and its populace that you end up with square pegs for round holes.

Olmert is undeniably a smart man and a very capable survivor within Israel’s political landscape. He understands how to find allies, how to give them enough to make them happy, how to do so long enough to keep them aboard whatever mission he’s on, and how to protect his flanks from injury regardless of how many attacks he may suffer. Note that none of this makes him either a good leader, a good prime minister, a good leader in wartime or a good leader in diplomacy. No, what he is good at is survival. If anybody had doubts, consider that he is still in power as I write.

Peretz is also a smart man and a capable survivor within Israel’s political landscape. He, too, knows how to find allies, use them to further his objectives while giving them enough of a taste to want to keep supporting him, understands well how to elbow out others in his way and how to protect his flank when he’s under attack. Note that none of the above makes him a good Defense Minister, Treasury Minister, or any other kind of minister. He isn’t experienced and even if he were, he hasn’t shown that he is particularly good at running anything in government. One just needs to see how Olmert keeps playing him to understand that he is not even Olmert’s equal.

Dan Halutz proved to be an incompetent Chief of Staff. Not only did Gilad Shalit get kidnapped in the most stupid way possible, considering that Israel had intelligence about a pending attack in that sector, but two weeks later Hizbullah succeeded in a similar attack. This is to say nothing of the fact that he didn’t prepare the army for this war or even the politicians whose guide he was supposed to be. How did he get his job? He was a convenient appointment for Sharon who needed somebody to handle the Gaza evacuation. Halutz was eager because the trade-off was becoming the first Chief of Staff from the Air Force in Israel’s history. Once again, it’s not excellence or appropriate experience that gives the individual the important and influential position, but rather a set of political circumstances showing that the person in question is excellent at personal politics not at the prescribed job.

The same sad equation can be applied to other parts of the government. For example, the now-resigned head of the Tax agency for Israel was appointed due to cronyism. His sister is Olmert’s longtime confidant and assistant. He is resigned because of shenanigans that happened under his watch where certain individuals received preferential treatment. Why did they receive preferential treatment? Because they personally knew the people in question.

When Israel’s police chief recently had to resign after another commission found him responsible for serious failings for the police to take action against underworld figures, the minister in charge sought to appoint the chief prison warden in Israel to the position. It turned out that the man had a serious cloud over his head for corruption as well. Enough media pressure and the fear that yet another committee would pummel him made the ex-chief warden refuse the position, but he could have taken it and nothing would have happened. He may have been afraid of some hidden skeletons coming to light.

Things are no different in the IDF. The Lebanon War’s failures are not only attributable to Halutz. Before Halutz there were other Chiefs of Staff and numerous generals who had been responsible for significant men and materiel. Who was promoted? Well, just as Halutz was promoted to a position for which he wasn’t suited, so were others who didn’t always perform at the highest level. The fact is that some of Israel’s finest potential generals never even got close to that lofty rank because they didn’t play their politics right along the way. Piss off the wrong commanding officer and you’re toast. Hold fast to an unpopular view or reject the views of superiors and your career is toast. Play the game right in the sense of building alliances, sucking up to the right superiors and learning to elbow others out while protecting your flank and you will get ahead. Is this going to make you a good commander and leader in wartime? Not necessarily, but it’s how one can get ahead.

The systemic issues have caused Israel significant problems over the years. Would its social problems run as deep if it had better leaders in place with vision and time to execute that vision instead of cynical politicians who are busy watching their backs instead of their ministerial portfolios? Unlikely. Would Israel find itself in this difficult political and diplomatic isolation around the world with competent leadership? Unlikely. Would Hizbullah have survived the last war, leaving the impression of IDF weakness? Unlikely. I can point to myriad problems such as traffic fatalities and injuries, unjust distribution of government revenues, growing ranks of poor and the division of rich and poor in Israel, the corruption nibbling away at Israel’s first world status, the refusal by centrist parties to join in changing the political structure of the state in order to cynically curry favor with small parties that blackmail them in coalition talks, etc., etc., etc.

Israel is doing well in many regards and should be commended for this, but it could be doing so much better with qualified, competent leaders. The fact is that the system in Israel chews those folks up and spits them out long before they get these positions in government or the IDF. Instead you get the ones who are really good at moving their way through the ranks but not at running the show. They manage to violate the Peter Principle in that they advance even beyond their point of incompetence. For Israel to become the country we know it can become and should become and deserves to become, some people are going to have to step up and push to change the system.