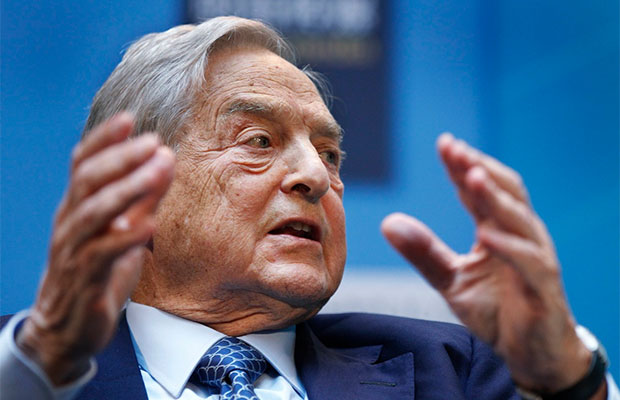 How so you my ask? Well, as you may recall, Soros is a financier worth about $20 billion. He’s also the favorite whipping boy of frothing at the mouth pundits, the kind who still insist that President Barak Obama, who wasn’t even born in the US, is a crypto-Muslim bent on the destruction of the State of Israel. To them, Soros is a Jewish Nazi collaborator (who collaborated with the Nazis when he was, uh, 12…) who supports groups like JStreet who everyone knows is an anti-Israel organization, and through his Open Society Foundations, supports organizations that are (gasp!) critical of Israel!! It’s got to be a bit confusing though because Soros has also been instrumental in many ways, in the downfall of Communism and the Soviet Union – helping countries unshackle themselves from Soviet influence and institutions. I say confusing because many of those opposed to Soros were once also Cold-Warriors who loved US President Ronald Reagan and hated the commie bastards.

Soros just keeps adding to the confusion because now, guess what he did? He just bought $24.3 million worth of SodaStream shares. As you may also recall, Scarlett Johansson was hired as a spokesperson for the company. Her role was criticized because SodaStream runs a factory in the West Bank. That said factory provides employment to both Jews and Palestinians at fair wages was deemed irrelevant to the critics who claimed that the entire operation was an illegal Zionist, colonialist enterprise taking place on stolen land. Protesters convened in front of stores that sold SodaStream and called for a boycott in support of the BDS movement. Israel supporters for their part, purchased even more SodaStream units.

And now what? George Soros has actually helped SodaStream by buying a significant chunk of the company’s stock, perhaps signalling an end to a steady slide that saw the corporation lose 18% of its share price this year after lackluster holiday sales. And that’s not all… at the same time, Soros informed the SEC that his Soros Fund Management LLC also increased its holdings in Israeli drug maker Teva Pharmaceuticals to 5.8%. Teva, you may also recall, is a favorite of pro-Israel, anti-boycott activists because as the largest generic drug manufacturer in the world, it provides life saving and affordable drugs to people everywhere. Boycotting the Israeli drug maker means that, well… people will die. And yet, George Soros, the anti-Israel devil incarnate as far as some people are concerned, owns a massive chunk of this very important Israeli company.