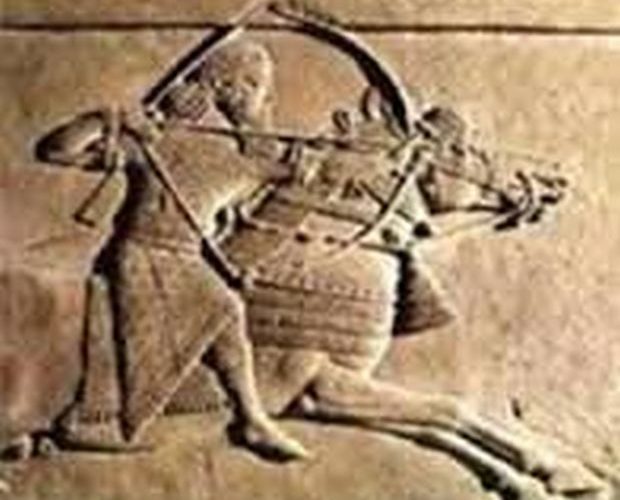 “These Israelites claim to represent the ideals of the Living God, but I don’t see them doing the ethically proper thing and giving us the tools to repel their counteroffensives,” argued Akhish, potentate of this city-state.

Gath, September 21 – The United Nations High Commissioner for Refugees weighed in on the Israel-Philistine conflict today with objections to the fact that the Israelites have developed protective measures against enemy arrows but refuse to share those devices or methods with their foes.

In a rare public address today, Filippo Grandi demanded that the Israelites provide their technology to the Philistines, who lack a similar ability to shield themselves from incoming missiles. The high commissioner had harsh words for the Israelites, who have long resisted Philistine efforts to plunder and harass Israelite settlers along the coastal plain and into the Judean Hills. Israelite policy has sparked criticism from the international community.

“It’s a question of basic humanity,” railed Grandi, who normally busies himself with the more technical aspects of overseeing the UN’s main agency for refugees. “I felt compelled to address this injustice, and therefore must speak out. All people of conscience should be moved by the plight of the Philistines, whose chariot corps have no means to counter Israelite arrows and stones.”

Grandi suggested the Philistines lodge a protest with the United Nations Human Rights Council, which might be convinced to open a commission of inquiry into the Israelite behavior and refer the results to the International Criminal Court if sufficient evidence is found for war crimes. “I have every reason to believe such a protest would be looked upon favorably by the Council,” he predicted.

A Philistine official praised the commissioner’s remarks. “The fact that Mr. Grandi took time out of his busy schedule to talk about this conflict demonstrates the disturbing nature of Israelite policies,” said Goliath the Gathite. “The Israelites have a history of God being on their side, and that gives an unfair advantage to those who believe in the unity of creation over those who worship the disparate forces of Nature and look for self-worth in forces outside themselves.”

“I mean, these Israelites claim to represent the ideals of the Living God, but I don’t see them doing the ethically proper thing and giving us the tools to repel their counteroffensives,” argued Akhish, potentate of this city-state. “So much for ‘light unto the nations’.”

Later in his remarks, the commissioner also suggested an inquiry into the violation of the rights of foxes by the Israelites, who he says have a policy of burning entire fields of grain by igniting the animals’ tails and setting the creatures loose in the fields of drying wheat.